Top 10 Best Romance Anime For You!

Romance is one of the most popular genres in the anime industry due to its success in Japan and around the world. Everyone loves to see a good love story with a happy ending which is why this genre is so popular. Here is a list of the top 10 best romance anime from our Gear Otaku team that will keep you and your loved one glued to the screen!

Fruit Basket is a shoujo romantic comedy film with a total of 50 episodes and the final season aired in 2021. It tells the story of Tohru Honda, a high school girl who, after meeting Kyo, Yuki, and Shigure Sohma, learns they are members of the wealthy and powerful Sohma family. (1) 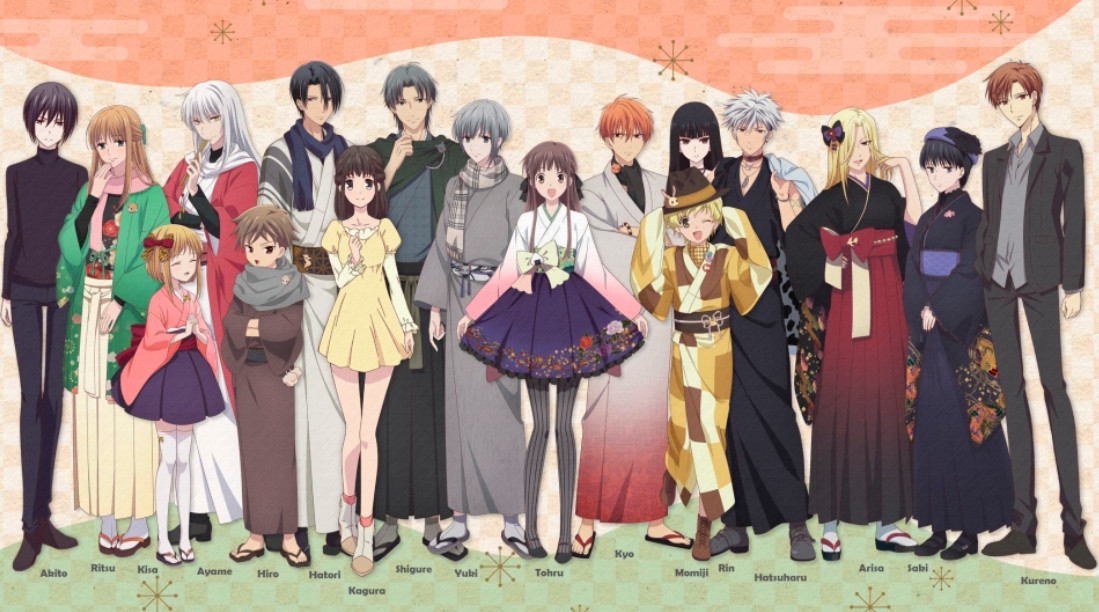 After hearing stories about the Sohmas' curse, Tohru offers to live with the family as a housekeeper to try and break the "curse." The story follows Tohru as she discovers the secret of the Sohma family, her friends, and her growing love for Kyo.

Fruit Basket is always in the top best suggestion for those who are fond of romantic stories because of its interesting plot despite being quite old series.

The Anime Merch of this famous work is also sought after at any time and anywhere. If you're a fan of Fruits Basket, you definitely can't ignore our Otaku Gear - an anime clothing store that carries high-quality items for even the most avid otaku. It's easy to distinguish yourself from the rest of your peers with our unique items, so why wait?

Love, Chunibyo & Other Delusions, also known in short form as Chunibyo, is a series animated by Kyoto Animation and broadcast in Japan in October 2012. The series was adapted from a comedy light novel series of the same title, written by Torako and illustrated by Nozomi Ōsaka. (2)

The story is about the relationship between the main character Yuuta Togashi and Rikka Takanashi - high school students. Yuuta is a serious young boy, and Rikka is a girl appearing to have Chunibyo ( a term that describes someone who has grandiose and unrealistic delusions).

Yuuta has to be the one to help her as she goes about her life constantly. Will the relationship between Rikka and Yuuta blossom or not? You'll have to watch the show to find out!

Toradora is also a very well-known series authored by Takemiya Yuyuko. It follows the story of two high school students, Ryuji Takasu, who has an intimidating appearance, and Taiga Aisaka, with a big temper. (3) 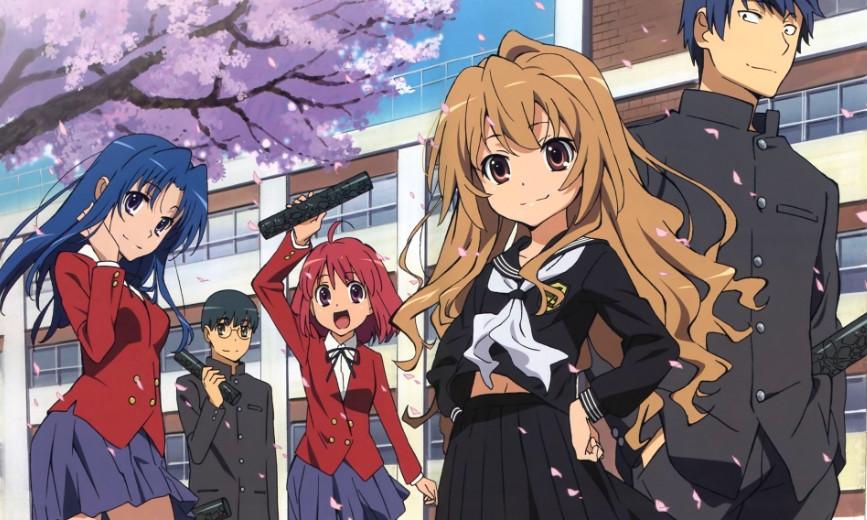 They are the most unlikely couple because each has a crush on someone else, but they fall in love after trying to assist the other in the adventure of winning their crush's heart. There is also a light novel by the same author.

Toradora is no doubt one of the best romance series ever produced. It is not a typical high school romance anime but explores the depth of characters' emotions and their relationship. And as always, for the best Toradora merchandise, you can easily find your favorite items on the Gear Otaku website.

Kimi ni Todoke is a romantic comedy show which revolves around the life of a girl named Sawako Kuronuma, a quiet girl who is morbidly shy and has been labeled as "creepy" to the point where she is unable to make friends. (4) 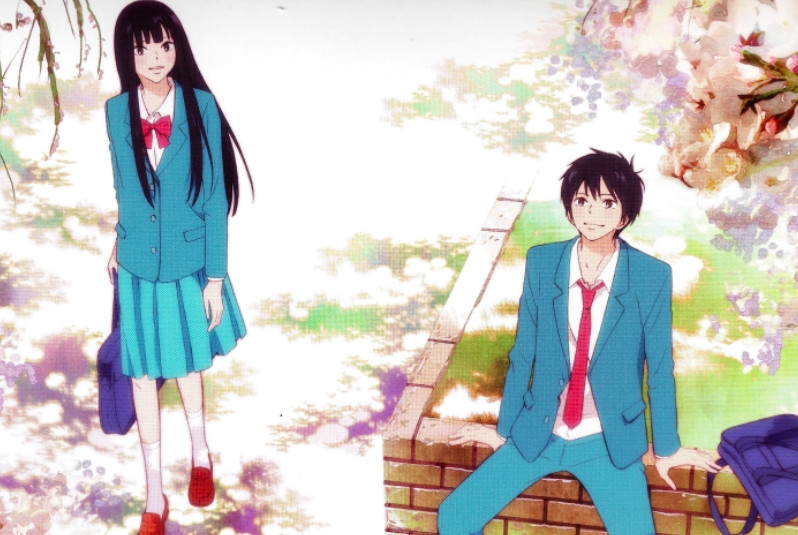 When she meets a boy named Shota Kazehaya, they start to spend some time together, and Shota is the one who gets her to come out from her shell and start a new life. It has cute characters, amazing music, a nice storyline with a mixture of sweet and romantic moments, and a very powerful message.

5. Snow White with the Red Hair

It is a Japanese shounen fantasy manga series written by Sorata Akizuki, illustrated, and aired between 2015 and 2016. (5) 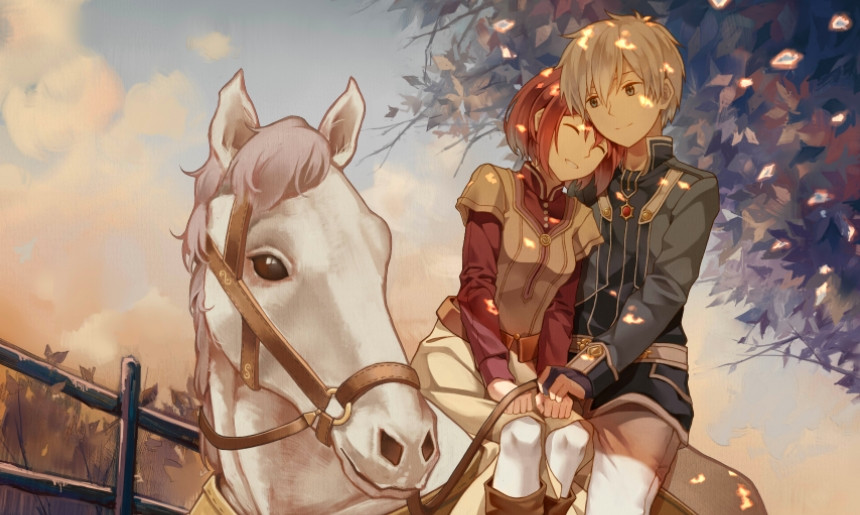 The story follows a 16-year-old girl named Shirayuki, who is feared by others due to her bright red hair. She is forced to leave her home in her kingdom and work as a medicine woman in the neighboring country.

After an incident with a prince, she is forced to flee and stumbles into Zen - a prince from a faraway country. He forces her to become his attendant, and their beautiful story begins here.

Inuyasha is a Japanese anime series and the first adaptation of Rumiko Takahashi's Inuyasha manga series. Inuyasha debuted in Japan in 1996 and became one of the most famous works in the industry. (6) 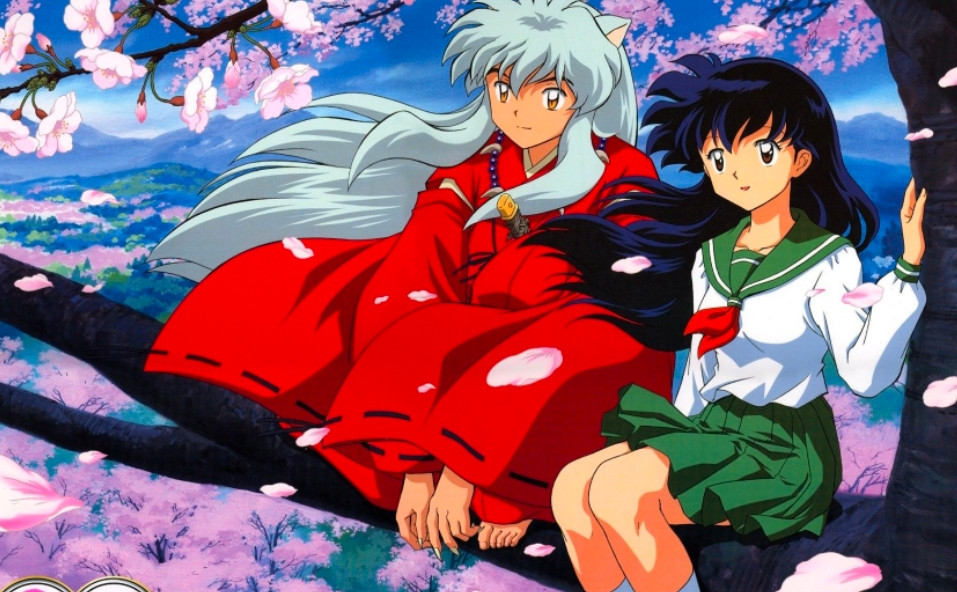 The series follows the half-demon Inuyasha and the high school girl Kagome Higurashi. While Inuyasha is searching for a jewel that has the power to destroy the world, he meets Kagome and finds himself unwillingly falling in love with her.

At first, he is rude and snappy and never wants to be around her, but later on, in the story, he finds himself trying to protect Kagome. Inuyasha is a classic anime, and not only is it romantic and dramatic, but action-packed as well.

And if you're a fan of this film, you can find your favorite merchandise at Gear Otaku, which has a whole collection of InuYasha's cool items you might have been looking for!

Horimiya is a romantic comedy show which focuses on the life of Hori, a typical shōjo character, and Miyamura, a handsome high schoolboy. Though opposites in every way, Hori and Miyamura somehow fall in love. 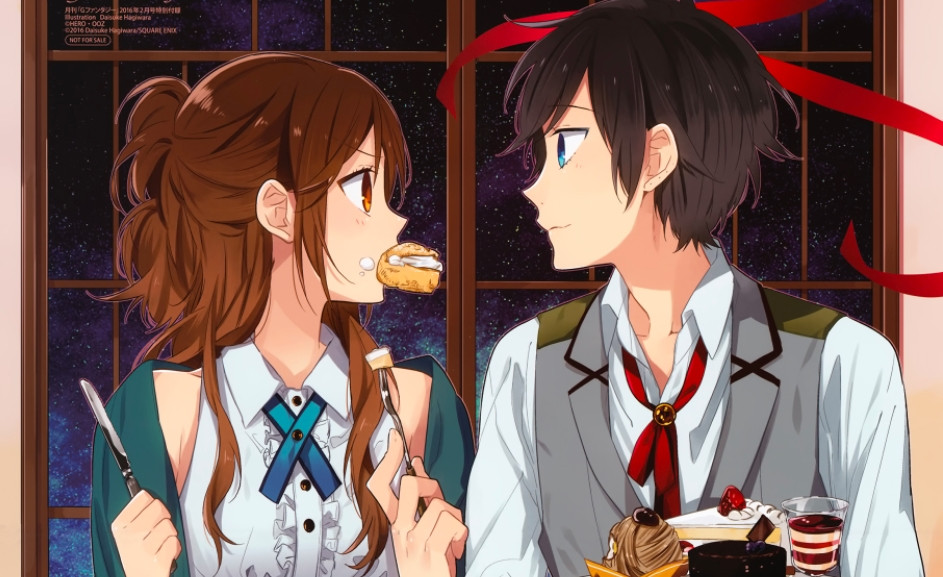 The series is unique and does not contain the typical cliché romance scenes. Although the story is simple and is based on a high school romance, it has become quite famous today.

8. Your Lie In April

Your Lie in April is an anime about a piano prodigy, Arima Kousei, who stopped playing piano after his mother's death and how he started over from scratch after that traumatic injury. 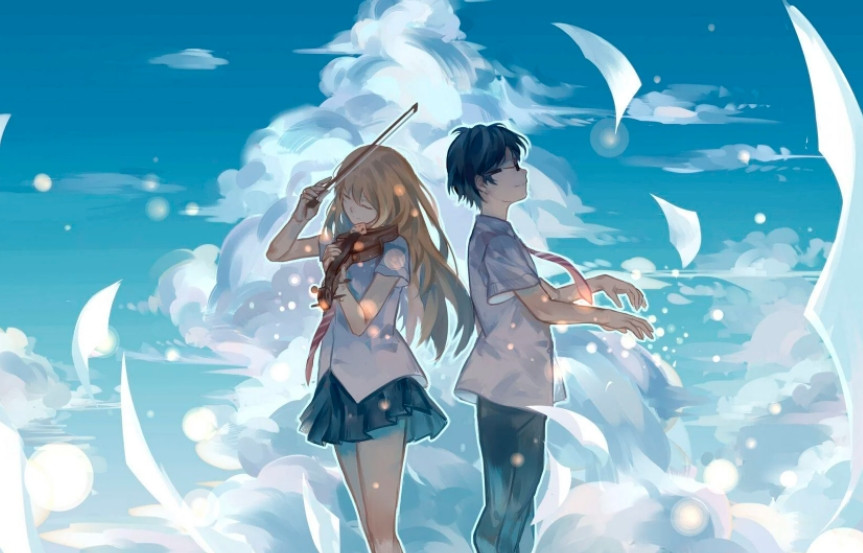 He meets the free-spirited violinist Kaori Miyazono, and the two fall in love while supporting each other in their musical careers. The show is full of emotional moments, and it's often hard to tell whether you should laugh or cry.

"Your Lie in April" is so beautiful and emotional that it might be hard to watch sometimes. But the soundtrack and the story are so exceptional that it's worth watching regardless of your preferences.

Kaguya-sama: Love is War is a TV series adaptation of a famous manga with the same title. It was produced by Silver Link and directed by Kei Oikawa. 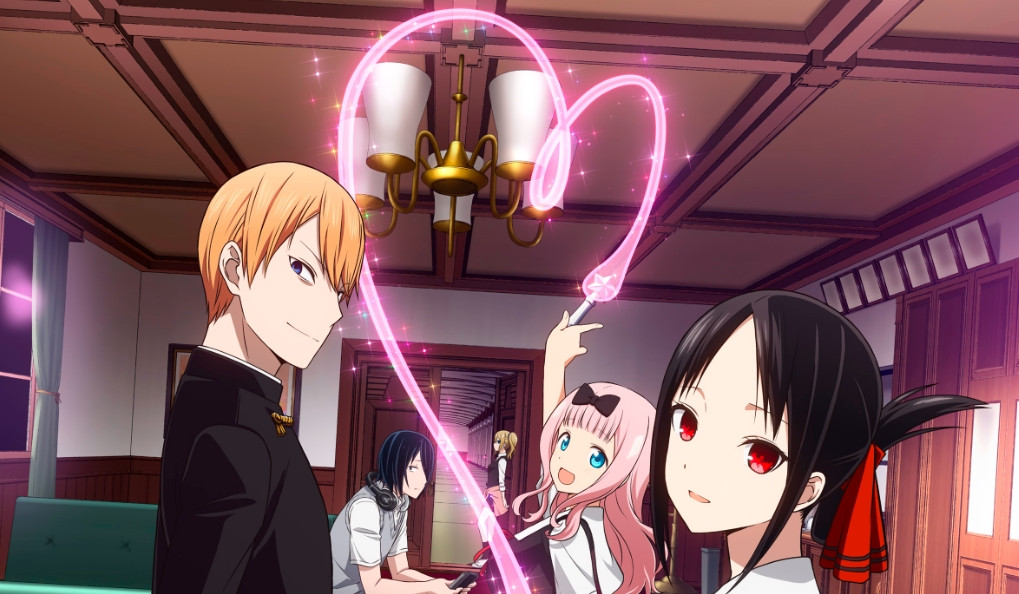 The story centers on Kaguya Shinomiya and Miyuki Shirogane, a bickering couple, but both have feelings for each other. The two make a wager on which one will confess the feeling first. Their adventure on how they try to win each other's hearts begins!

Kaichou wa Maid-sama (The President is a Maid) is a very popular romance series. The story of the show revolves around the typical high school life of a boy called Takumi Usui and a girl called Misaki Ayuzawa. (10) 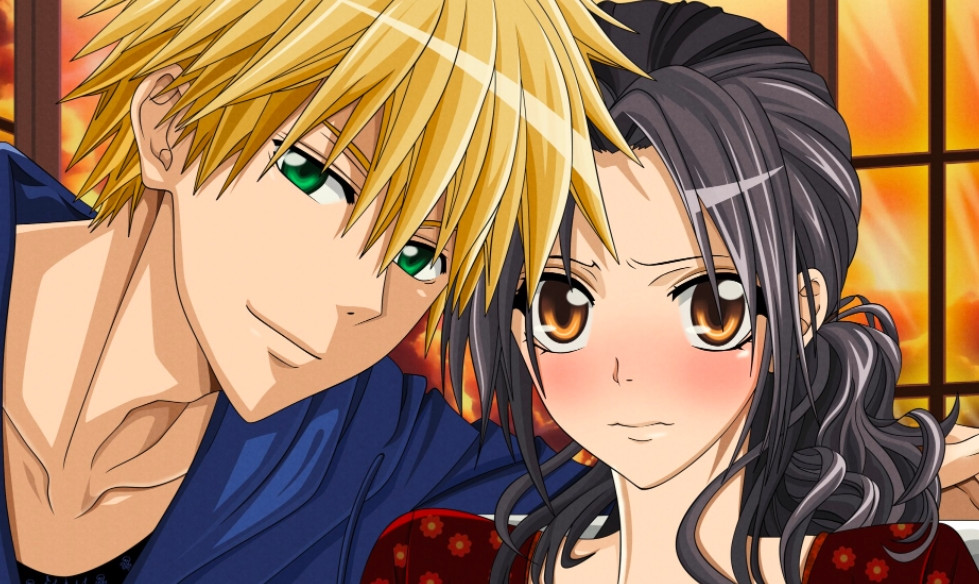 Usui, a handsome and rich boy, finds out about Misaki's secret and tries to blackmail her into doing what he says. But as time passes, Usui begins to see Misaki's other facets, and he discovers that he is beginning to fall in love with her. As their passion for each other gradually develops, it also leads to their relationship becoming riskier.

These films carry a different atmosphere, and it doesn't matter that you like the story or the characters; no matter your preferences, these best romance anime will satisfy you.

If you want to add any suggestions to our list, please let us know in the comments below! Thanks for reading, and don't forget to share it on social media if you find this blog helpful!