Anime can be a fun and enriching experience, but there are some that many viewers find scary. We all love scary movies, so that's why "horror" shows are always one of the most popular genres of all types. This blog from our GearOtaku team will look at some of the scariest anime, so if you are looking for a good scare, then look no further! 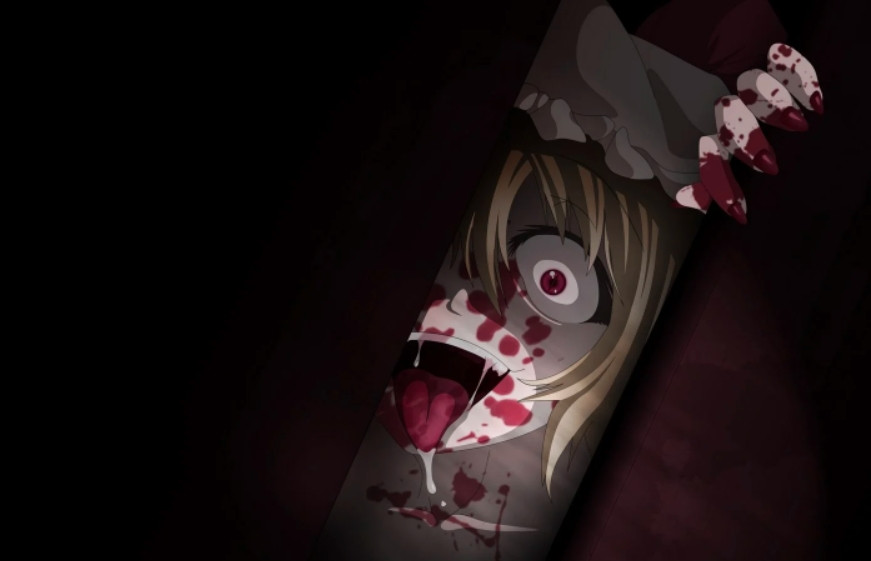 Top 10 Scariest Anime For You To Watch

Death Note is a series based on a manga of the same name by Ōba Tsugumi. Death Note follows Light Yagami, a high school student who discovered a supernatural notebook. He can kill anyone simply by writing the victim's name and the efforts of a detective known as L to stop him. (1) 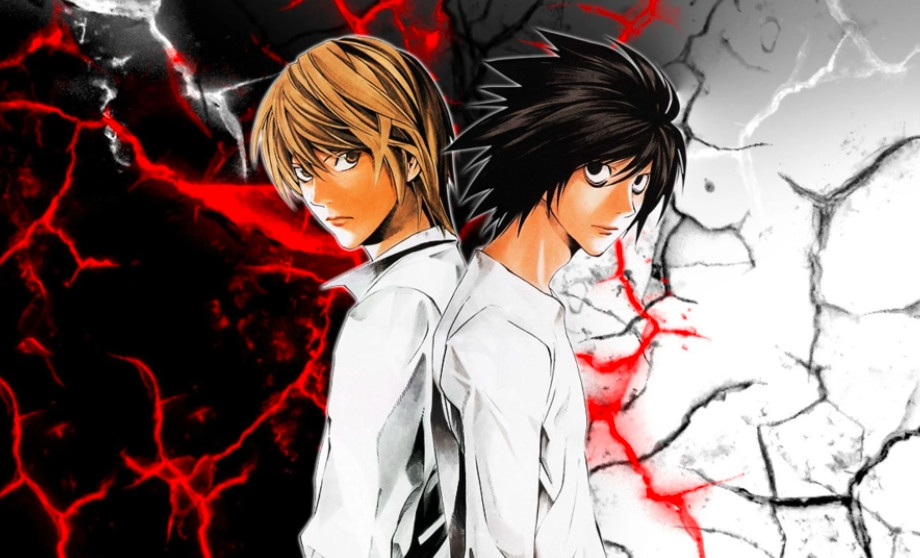 Death Note is suspenseful with twists and turns and became so famous that it was adapted into live-action films, an animated television adaptation, video games, novels, and a musical.

If you are a fan of this well-known film, you might not want to miss any of its cool Anime Merch designed by GearOtaku. GearOtaku is an online store that offers different kinds of clothing and accessories that are highly accurate, high quality, and designed by an expert team of designers.

We aim to create special clothes, accessories, shoes, and other wearable items that anyone can enjoy wearing, no matter their tastes or gender. All these fan-wears show some love for the world of Manga and Anime in terms of what has inspired each new product! 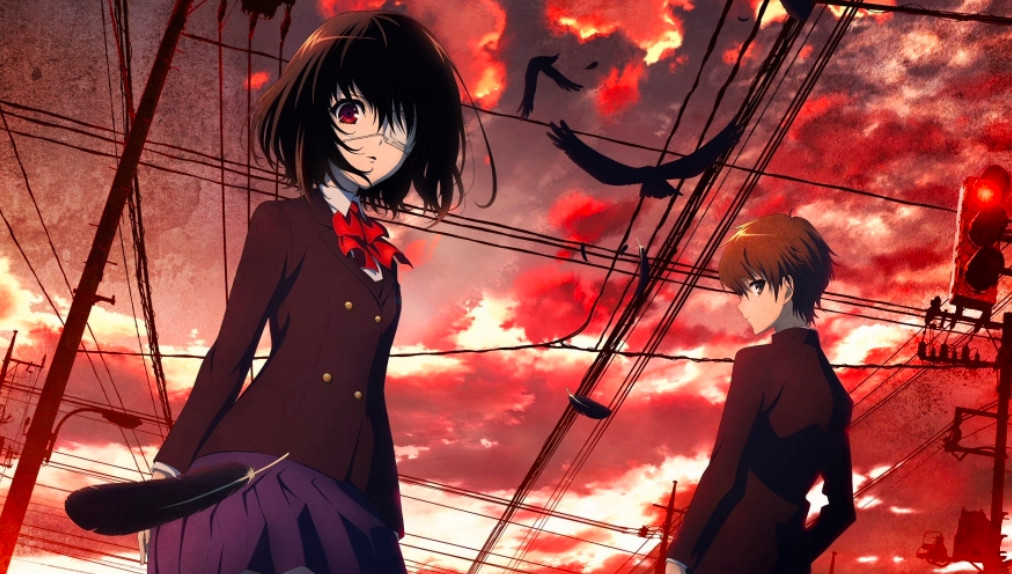 While it is true that the anime has several scenes with intense violence, the creepiness of the anime motivates the viewer to find out what is going on and what will happen to the protagonist.

Another is a horror show with a lot of mystery and some good creepy moments that you don't know what is happening the entire time.

Kiseijuu: Sei no Kakuritsu or Parasite is a Japanese horror film based on a manga that Iwaaki Hitoshi created. (3) 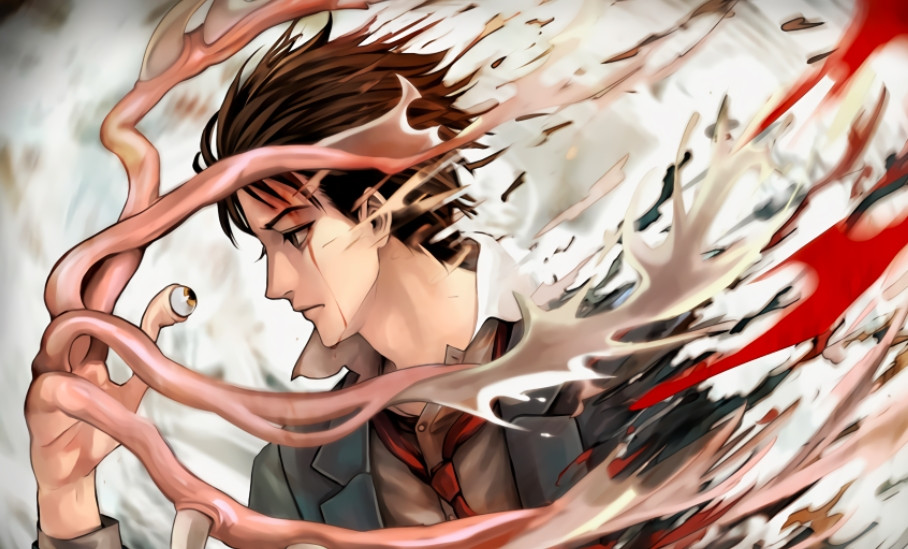 The series follows Shinichi Izumi, a 17-year-old teenager infected by a strange alien parasite that takes control of his right hand and becomes his enemy. Shinichi is forced to find a way to coexist with this parasite so that he can live a normal life once again.

These parasites start terrorizing humans by possessing their brains and controlling their bodies. This means that these parasites not only gain their victims' memories and skills but also get to do the things they would never have allowed for themselves!

This show will make you keep your eyes open and is a must-watch for all horror film fans!

Devilman Crybaby is an anime series that was aired on Netflix and is a classic tale of good versus evil. It has a rating of 8.5 / 10 by IMDB. Devilman Crybaby Akira - a devil who possesses a human heart - teams up with his friends to save the world from the demons. (4) 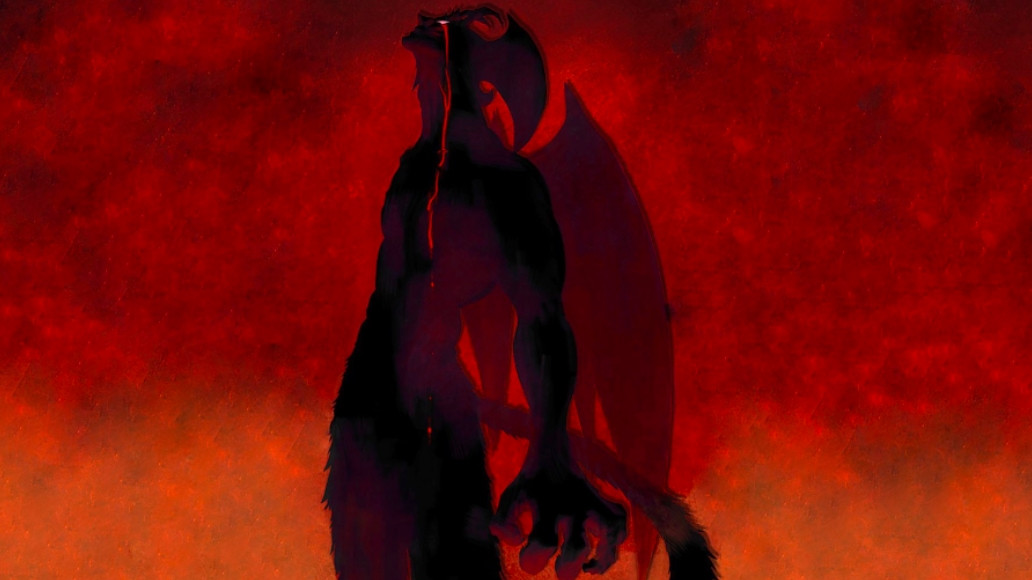 The series is a beautiful story of friendship, love, and sacrifice. It is a mix of action and horror, definitely not for kids. It has a great story, amazing animation, and a set of characters. Even if you are not interested in anime, you should give this show a shot. It is worth a watch.

5. The Flowers of Evil

The Flowers of Evil (Aku no Hana) is a dark, psychological horror show. It is rated 17+ due to the adult themes included. It is a psychological thriller, and at some point, it is quite scary. (5) 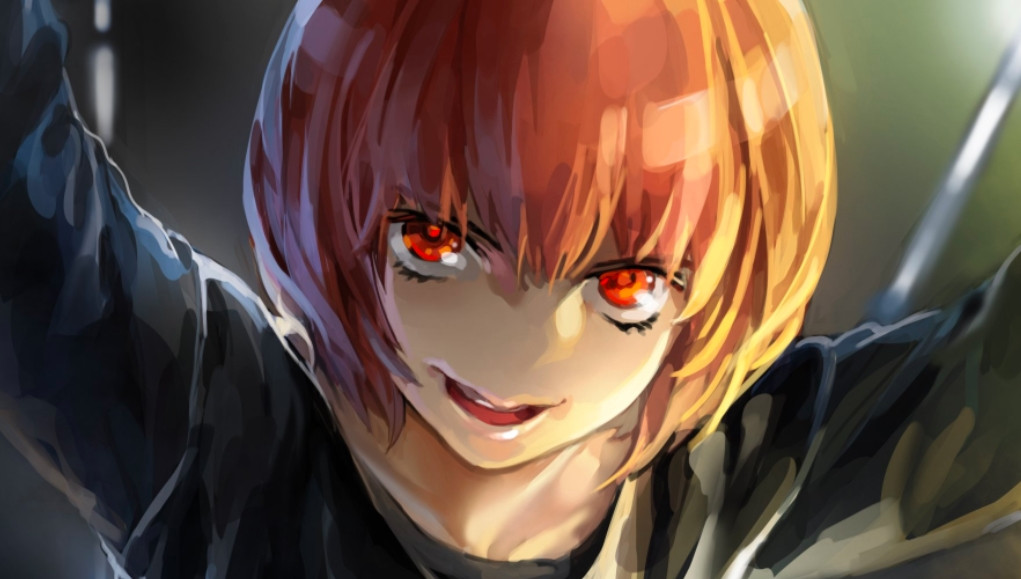 The main character is a teenager, and he is hopelessly in love with a girl called Nanako Saeki. Every day he sees the girl of his dreams on the way to school, but he is too shy to tell her how he feels. After having a crush on Saeki, the protagonist finds out that she has another side to her, a darker side, more suited to the title.

There are many twists and turns in this series, and it has a great ending. It is definitely worth watching!

Attack on Titan - a manga series, is illustrated and written by a famous Japanese mangaka, Hajime Isayama. The series started in Bessatsu Shōnen Magazine in 2009, with the release of its 1st volume. 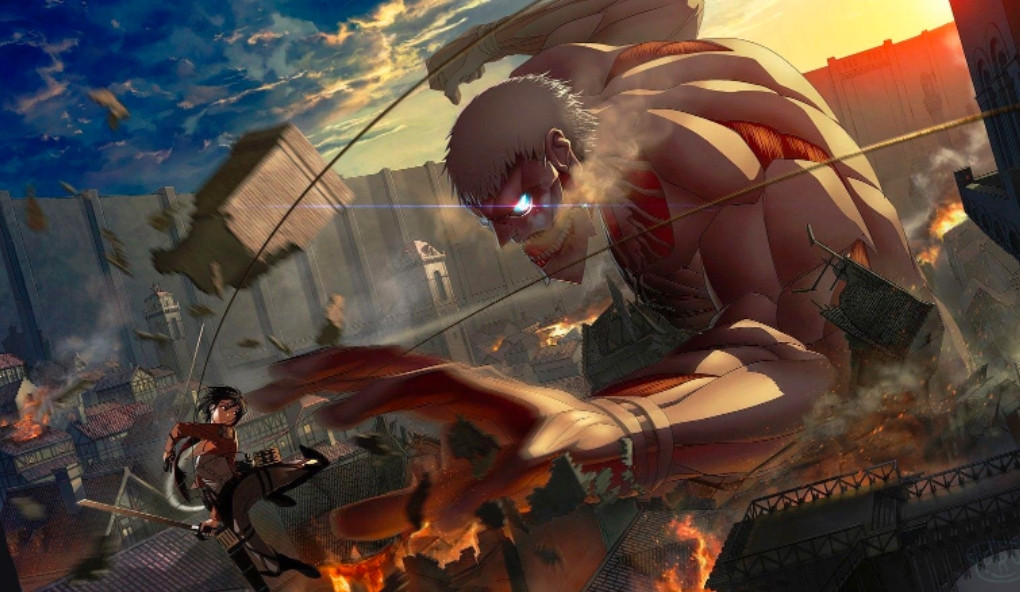 It's about a world where normal humans live in fear of massive, man-eating creatures known as Titans. When the colossal Titans break through the wall that protects humanity, what seems like humanity's last hope is a group of young soldiers who fight back with their special abilities.

The story primarily furthers Eren Yeager, his friend Mikasa Ackerman and Armin Arlert. During the three years of its run, the series has been a commercial success and was made into an anime TV series in 2013. It has also been adapted into numerous types of media, such as video games and a live-action film released in 2015.

The story is so scary and creepy that it has become a viral phenomenon in Japan and a widely popular anime worldwide.

Elfen Lied is a series that has gained a frightening reputation for its graphic violence, blood, and nudity. Unlike most anime with a harem, the plot focuses on a single girl and her sad and tragic past. 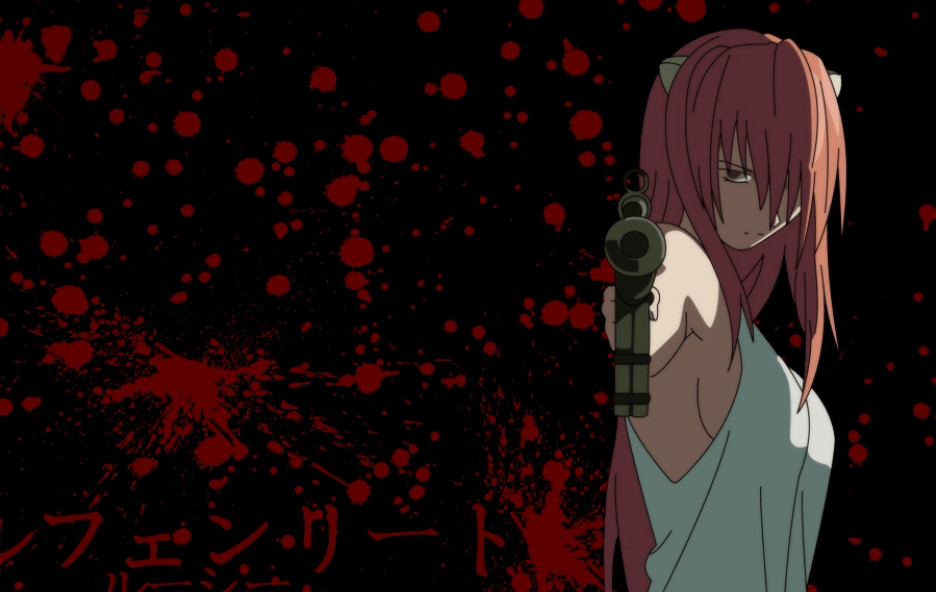 The story is about Lucy, a Diclonius, created as a weapon to take over humanity. She managed to escape from a secret government facility by killing off all of the staff there and is hunted after that. The story revolves around Lucy's journey and the life of Diclonius.

Theater of Darkness or Yamishibai is an animated Japanese horror anthology show. The series was inspired by Terrifying Theater, a popular form of Japanese theater. 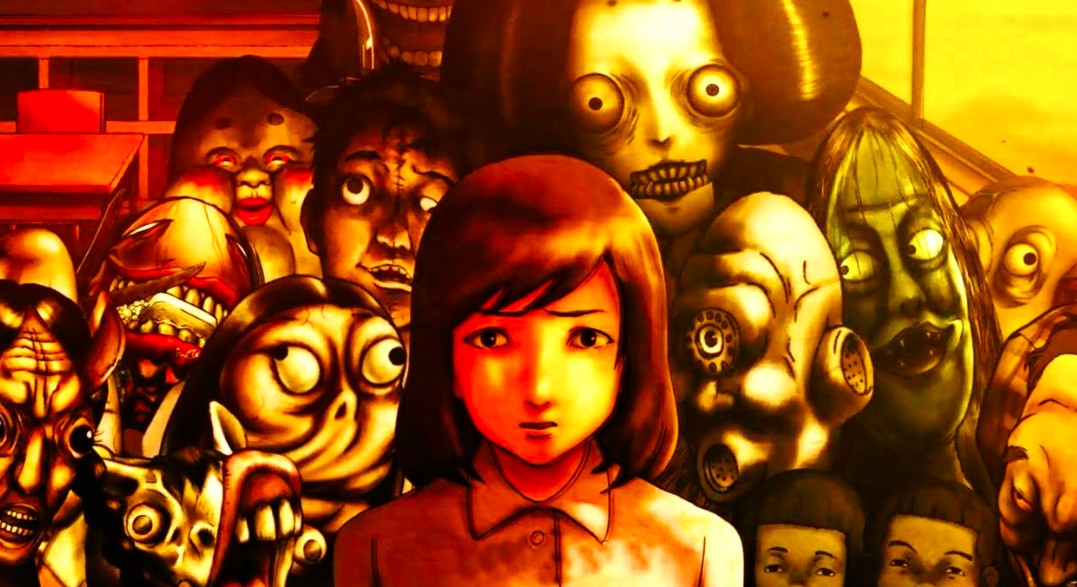 As is obvious from the title, the show is very different from the big names on the market. The story is told in a comic book style and is particularly gory.

It isn't set in modern Japan, nor does it have a particularly strong plot. Instead, it tells the stories of ghosts, demons, and strange spirits set in Edo period Japan.

Shiki is an anime adapted from a horror manga series of the same name and is best known for its scary, creepy, and gory scenes. The anime aired in 2010 and was produced by the animation studio Daume. 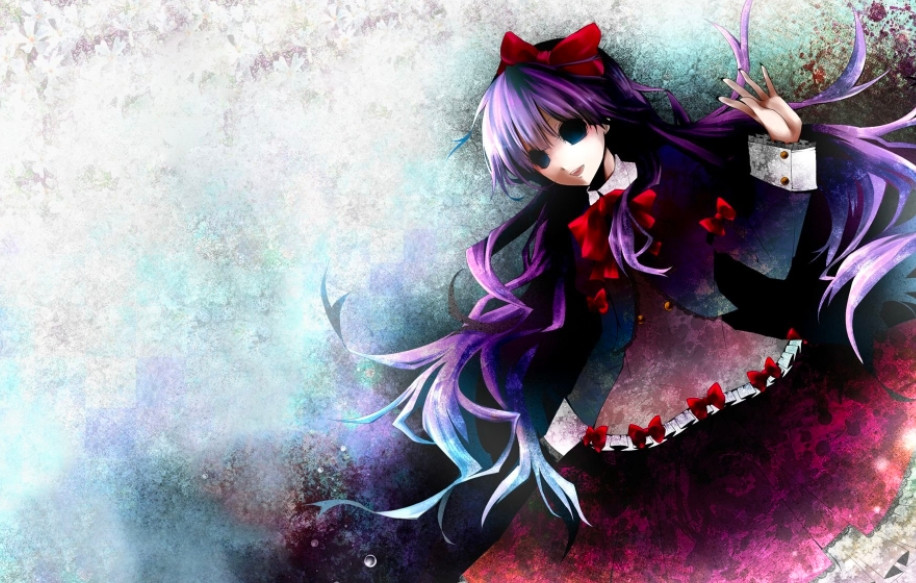 The story, set in the fictional rural village of Sotoba, Japan, follows a group of a doctor and three young friends who are determined to stop the vampire invasion through the investigation of bizarre deaths in the village.

Kimetsu no Yaiba is an ongoing blockbuster of the manga of the same title by Gotōge Koyoharu, telling the story of a teenage boy known as Tanjiro, the first son of a family. However, his life was turned upside down when monsters attacked the village. 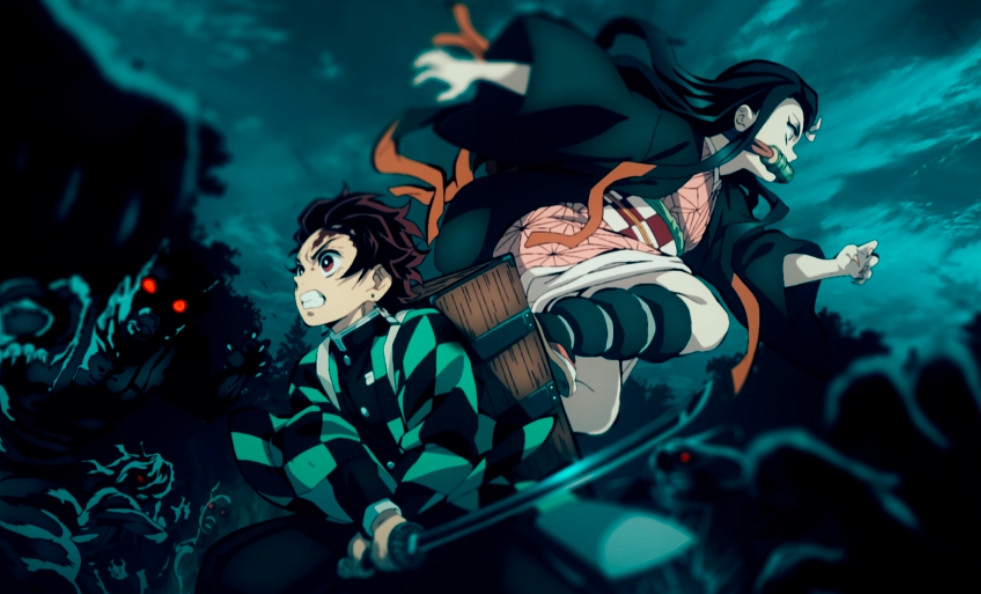 The animation is crisp and engaging with lots of thrilling, violent, and also scary. The action sequences are well-planned and entertaining. The character development is also noteworthy.

With that being said, Demon Slayer is always in the topmost famous show of all time despite only recently releasing an anime version. And you know what? GearOtaku has a special collection for KnY fans with hundreds of eye-catching designs available!

So here we have listed the top 10 scariest anime. We hope this article helps you get some inspiration, and you can find some new shows to watch on Halloween or anytime you are looking for a good scare. So what are you waiting for? Let's check them out now, and don't forget to share them with your friends!

PreviousTop 10 Best Romance Anime For You!
NextList of 10 Coolest Anime Characters All Of Time