Home / News / The Strongest Naruto Character of All Time

The Strongest Naruto Character of All Time

There are many character images in the Naruto series, and each has its distinctive features. If you struggle to choose the best model, follow our reviews immediately! Don't waste your time anymore! Find out the strongest Naruto character through this blog!

If you need a qualified service to design your favorite Naruto characters on outfits or accessories, then GearOtaku might help. 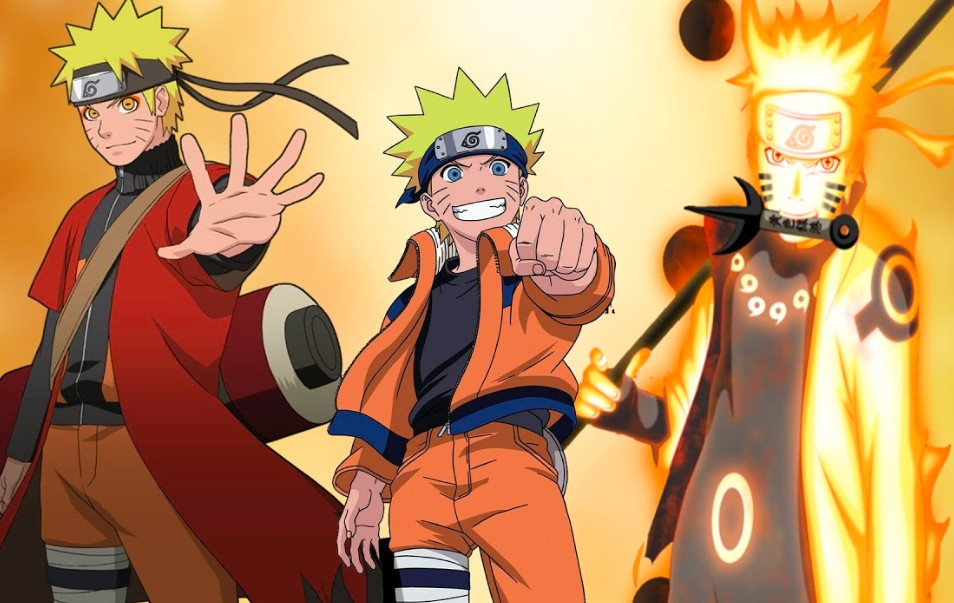 In particular, GearOtaku is not only a team with a burning passion for anime movies/stories but also an anime fashion brand for fans around the world.
Quickly choose your favorite characters from the following list and tell us your ideas!

In the first few episodes of the series, you will hardly notice who will have the most outstanding strength. However, time will tell everything, and the strongest character is Naruto Uzumaki, next to Sasuke. 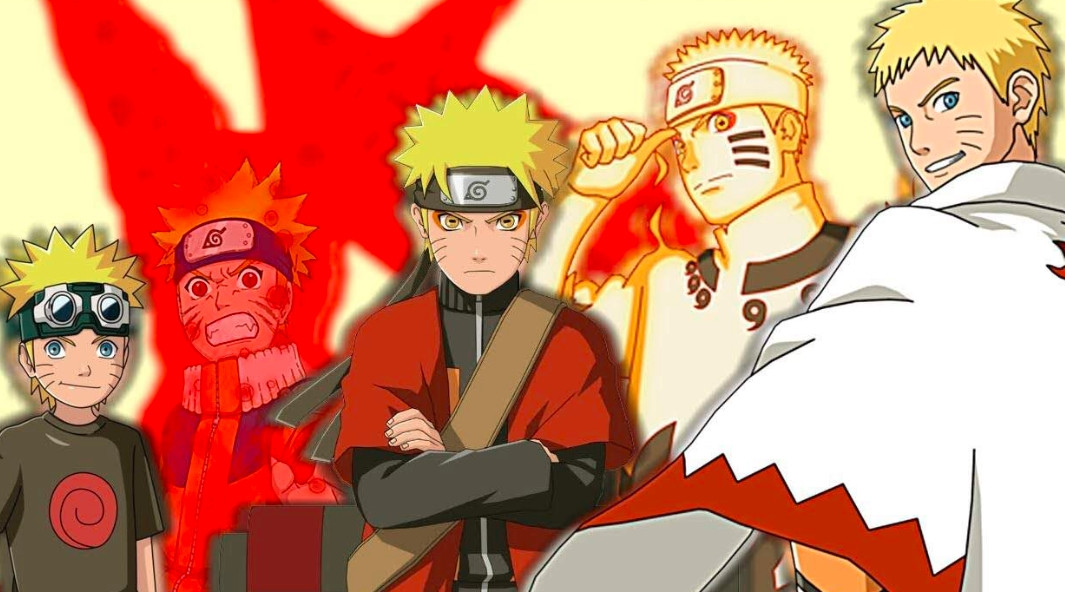 The fact that Naruto was sealed by the extremely evil nine-tailed fox inside his body was a cause of his terrible strength. This power is combined with an incredibly powerful chakra source, making him one of the historical figures of the series. (1)

When he was a child, people thought that this boy did not have any outstanding talent to be a Hokage, but everything turned out to be the opposite - the boy has become a shining bright hero!

Now, we will come to a female character loathed by many fans but also has tremendous power in the series. Everything begins with Kaguya eating the forbidden God Tree and becoming the first person to use chakra. Since then, this girl is also known as the "Mother-Of-Chakra". 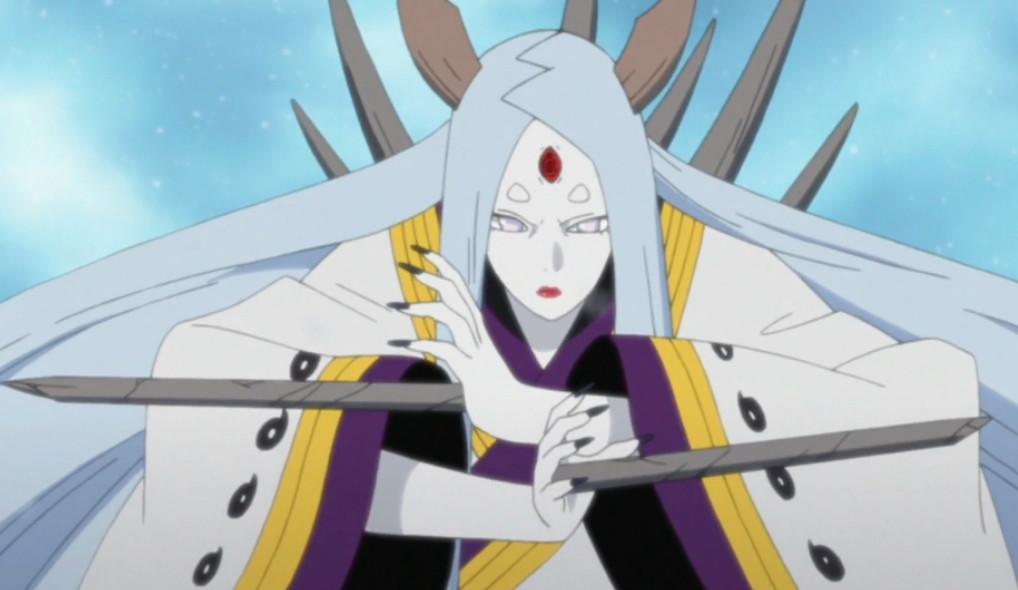 You will be surprised by the tremendous power in the hands of Kaguya because she can do many things that other ninjas can hardly accomplish. Specifically, she can read the emotions/thoughts of others and change space/time.

It's hard to compete for one on one with Kaguya, but there is always a strong team against her. Among those who always confront Kaguya are Naruto, Team 7, and both of her sons.

This series has many strong characters that possess tremendous power, and Sasuke is no exception! Sasuke is not a good person, nor does he an evil one. (2) 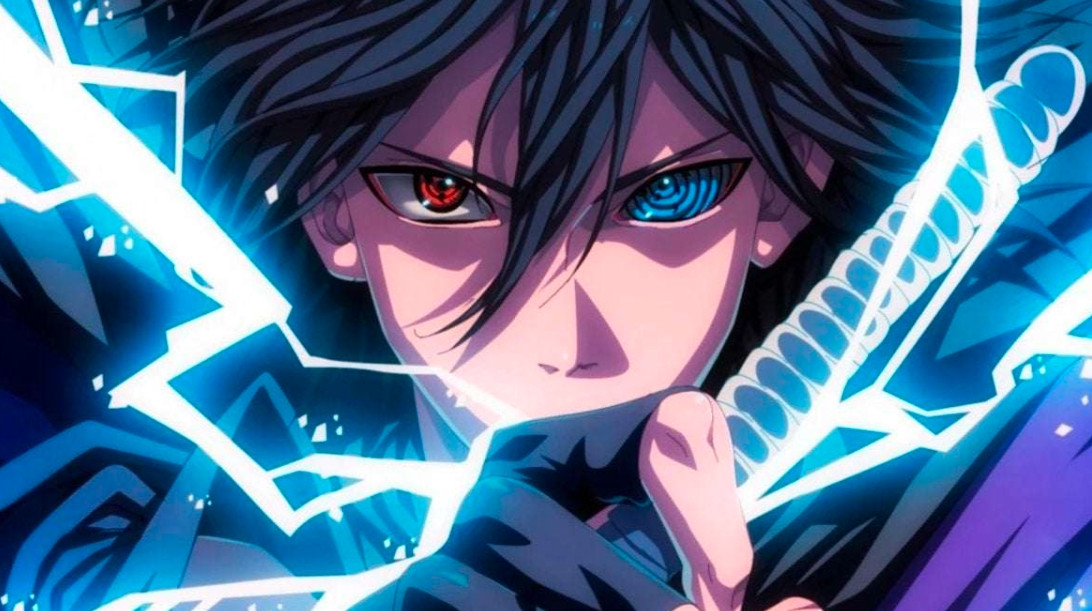 Hatred is the key that makes Sasuke obtain and harness the top power in history. He can harness "lightning" on his hands to strike rivals, breathe fire, and use the Sharingan.

Besides possessing superhuman abilities, Sasuke is also adept in the art of "shurikenjutsu". If you want to have the image of a person with tremendous power on your GearOtaku outfit, then Sasuke is a good choice!

It is a big mistake if we ignore Hagoromo of the Otsutsuki clan. Indeed, he is a leading power figure in the Naruto universe. Hagoromo seems to have become a legend because of his creativity in creating many arts of ninjutsu. It is also worth mentioning that Hagoromo also founded the ninja world. 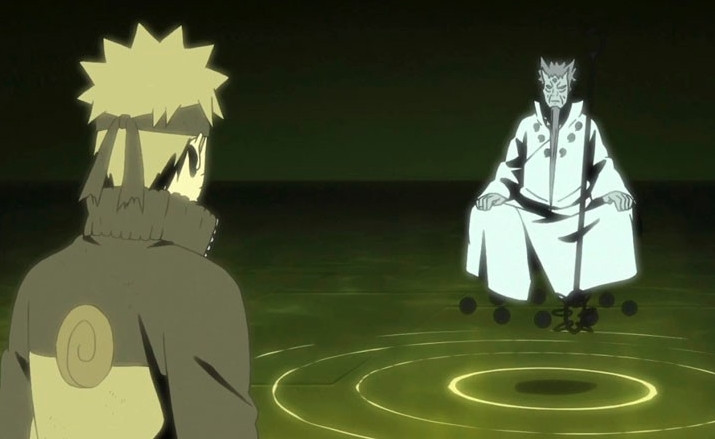 The moment when Hagoromo bestowed Sasuke and Naruto with an extra source of strength in a time of need is an extremely overrated focus. Overall, there is no doubt that Hagoromo is such a legendary character in this story.

One of the names that are classified as the most elite ninja and once the villain of this series - Madara Uchiha. Before Sasuke, Madara was said to be the most powerful Uchiha in history because he was able to challenge even the god of the "Shinobi". (3) 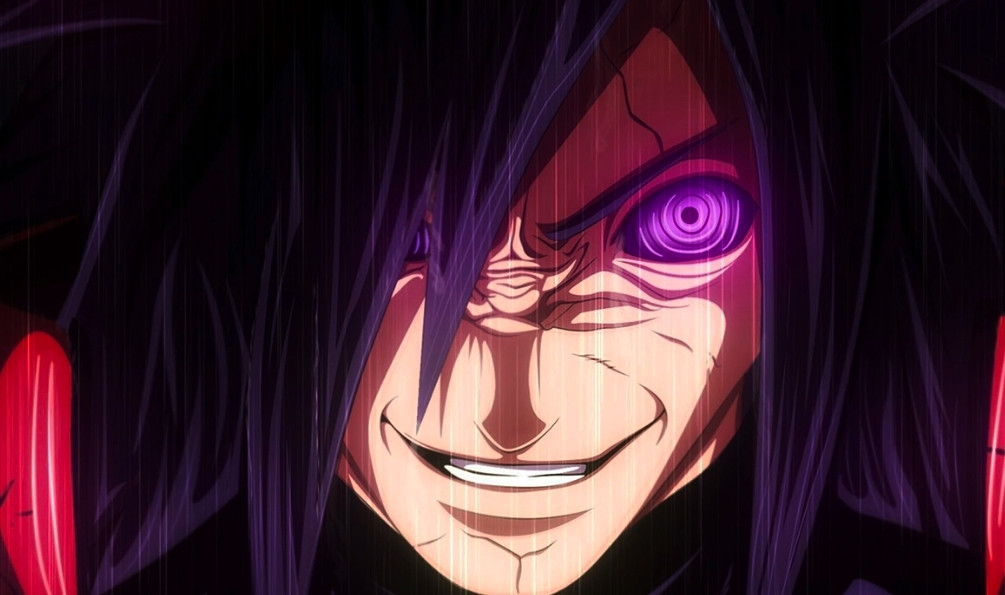 Madara possesses an enormous amount of energy and chakra in his body. More than that, he also asserted his unparalleled strength through the attainment of the Rinnegan. Although defeating Hashrirama became quite difficult in Madara's entire life, it became easier as the "ten tails Jinchuriki".

Now it's time to talk about the First Hokage, "Hashirama Senju"!  Hashirama is the most powerful character, as he owns the original Wood Style Jutsu that can control "Tailed Beasts". 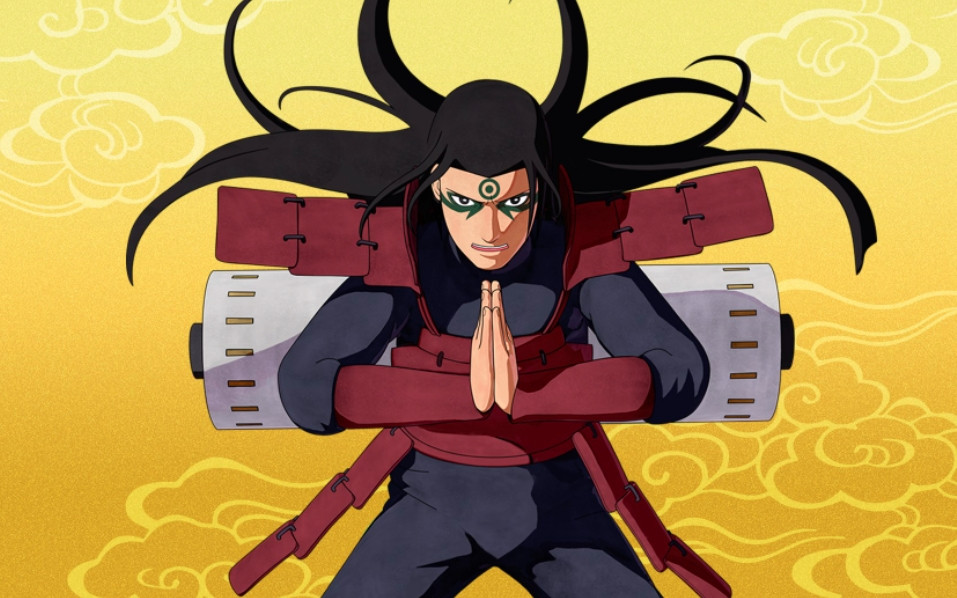 Perhaps we will have to mention Hashirama's Wood Style quite a few times because it is impressive and the most distinctive feature. This ability allows Hashirama to create a forest, which is said to help build the Konoha foundation.

Not only that, but Hashirama uses Wood Style to create a clone for himself or attack an opponent. Everything that he shows seems to become one of the legends that hardly anyone can compete with.

The villain is always the element that brings the most surprises to the whole story, and Obito Uchiha is one of them. He is an Uchiha and also Kakashi's childhood friend. Although Obito is the villain of this series, his power is overwhelming and almost limitless. (4)

Why is it said that Obito's power is limitless? This problem is evident in the ability to control the Nine-Tailed Fox, which poses a threat to the ninja world. Moreover, Obito can also lead Akatsuki from the dark.

This character is a member of the Uchihas clan. According to the background of the Naruto series, the Uchihas clan is the birthplace of many powerful warriors in history.

Everyone knows Itachi best through the part where he kills his clan and becomes a villain. However, all the issues mentioned have not affected the fan's love for this boy. (5) 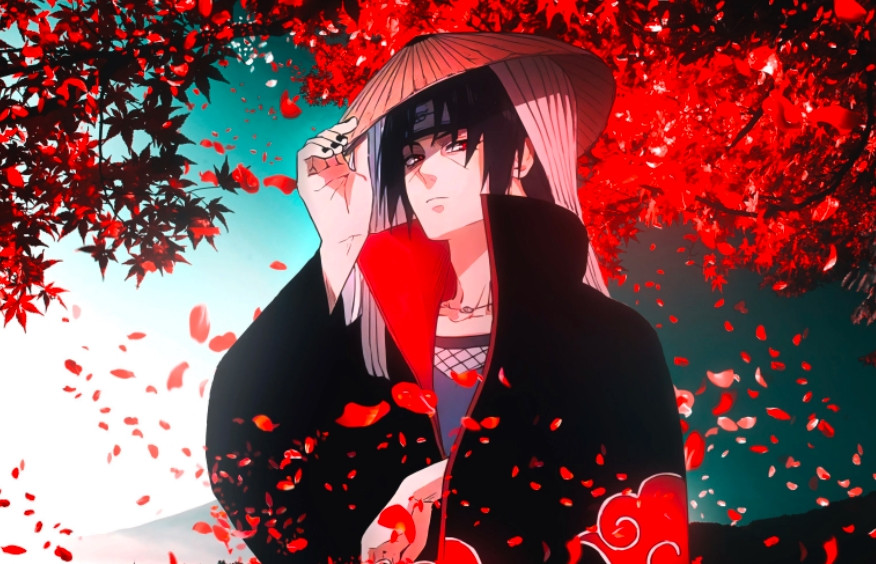 Itachi is perhaps a character that leaves a rather special mark in the world of shinobi because, since childhood, this boy has been a prodigy with many remarkable achievements. Furthermore, he is also an important source of information for Konohagakure.

Minato is a Fourth Hokage and the fastest ninja in the entire series. Courage is a factor that is always talked about when discussing Minato because he sacrificed himself to defeat the evil nine-tailed fox. This is also the reason why Minato remains forever in the fans' minds. 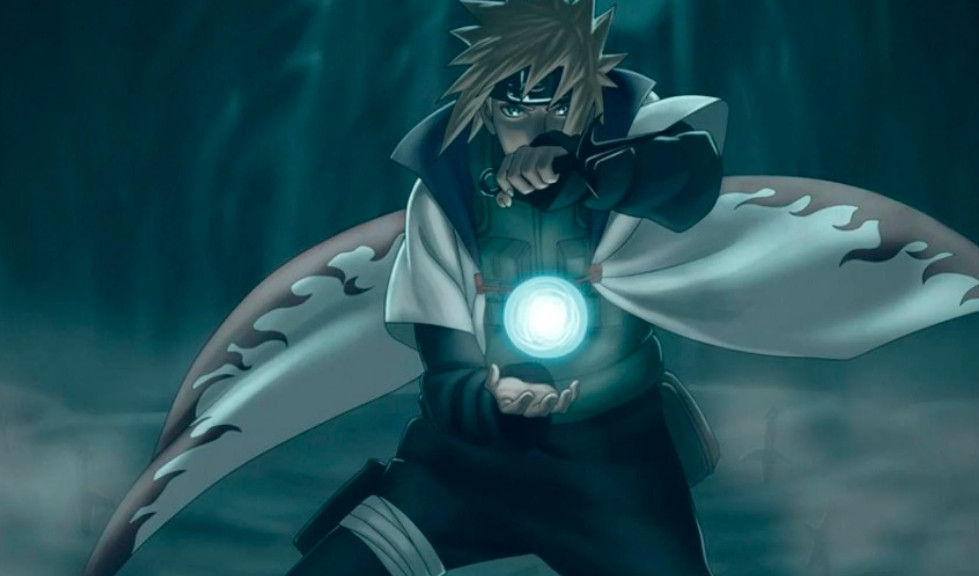 This series is a convergence of talents with extremely brilliant abilities, so everyone deserves to be mentioned. To end this list will be an extremely outstanding name that is Kakashi. (6)

With the training of the Fourth Hokage, Kakashi gradually developed into a ninja with the ultimate technique of his own. After that, his former colleague Obito gave Kakashi Sharingan eyes. 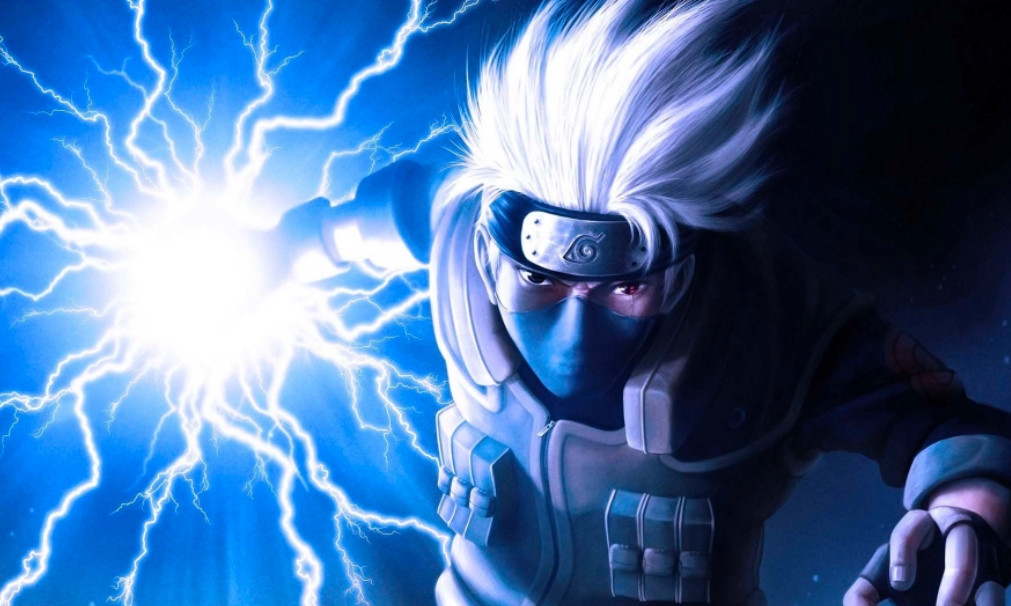 This exclusive jutsu gives him a tremendous amount of visual perception. It is commendable that Kakashi used the Sharingan so skillfully that everyone had to give him the nickname Copy Ninja.

To be honest, who is the strongest naruto character is not an easy question at all. Why do we say that? All of the main reason is that this series converges a huge number of characters with abilities classified as legendary.

However, nothing can stop GearOtaku's analysis team! We have given you a great suggestion for creating unique ideas for GearOtaku outfit decoration with the list above. Let us know all your ideas now!

PreviousThe 10 Best Anime of All Time - Check Out Your Fav
NextTop 10 Best Romance Anime For You!