Home / News / Top 10 Best Action Anime That You Need To Watch Right Away!

Top 10 Best Action Anime That You Need To Watch Right Away!

When life gets stressful, we need certain forms of entertainment to help us relax through tough days. One of the best ways to be confirmed is to watch action movies with eye-catching battles and spectacular fights.

And it's even better with the Anime world if you fancy this film category, as you can enjoy it through anime merch from GearOtaku, or select one in our list of top 10 best action anime and enjoy! If you are excited to know these incredible films, let's dive in! 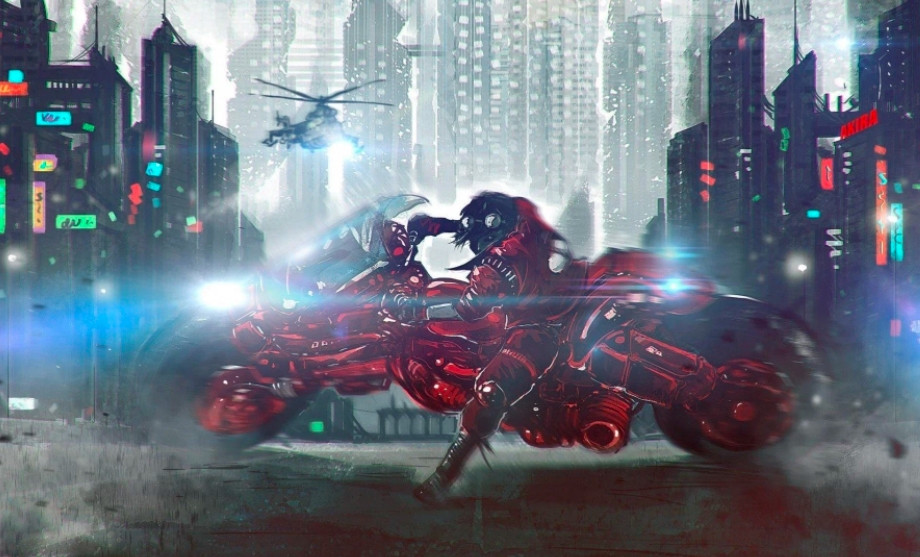 One of the best action anime that anyone would think of right away is Attack on Titan. This is an epic story about Eren Jaeger and his friends' protection of their homeland when it was opened rudely by a gargantuan titan and invaded by an army of titans. (1) 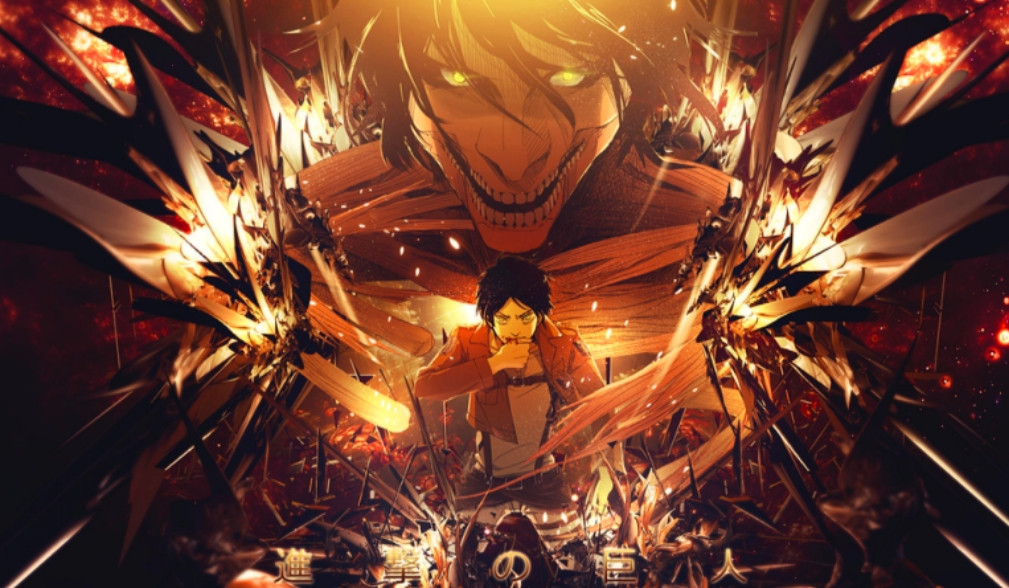 Everything about this masterpiece makes it the number one choice for action anime. With realistic graphics and stunning camera movements, you will get the best scene out of the fights, battles, natural disasters, etc.

Adrenaline and anticipation will surely rise whenever you fully enjoy the series. When humanity is pushed to the limit of life, all they have left is the ultimate fighting spirit towards zombies and kaiju.

If you are looking for the best short-action anime, Samurai X: Trust and Betrayal can be your favorite choice. As the series contains only four episodes, you don't need to spend much time understanding the whole plot about Rurouni Kenshin (Samurai X) and enjoying it. (2)

The story revolves around death and remorse with renewed settings so that it does not appear too old for an anime. 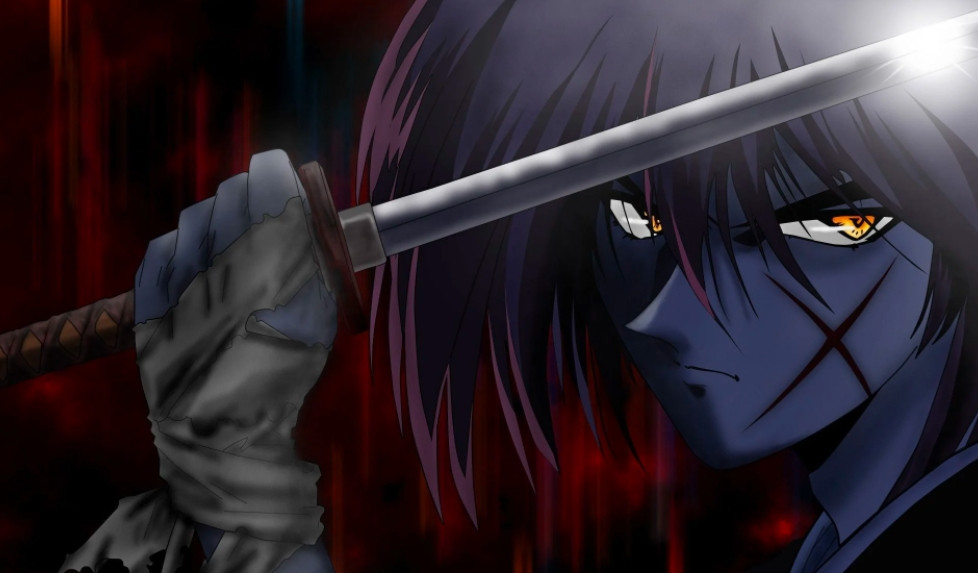 It's about the journey of Kenshin Himura, all from when he was born and grown in a low-income family to his teenage years, where he struggled between good and evil. Finally, he chose pacificism over murder as full recovery and repentance.

Samurai-related content is the main highlight of this action anime. Using a great soundtrack and gaining a realistic Japanese samurai vibe, Trust and Betrayal have the concept that most people would enjoy.

All action scenes are taken to the climax with quick, sharp movements and melodic music to emphasize the emotion afterward.

After a three-way fight between wandering samurai Jin, vagabond Mugen, and Daikan's son's bodyguards, the tea house where Fuu worked was destroyed.

The waitress helped them escape in exchange for assisting her in finding "sunflower-smell-like" samurai. The team is not always united, as Jin and Mugen, each with a dark past, always want to end each other. 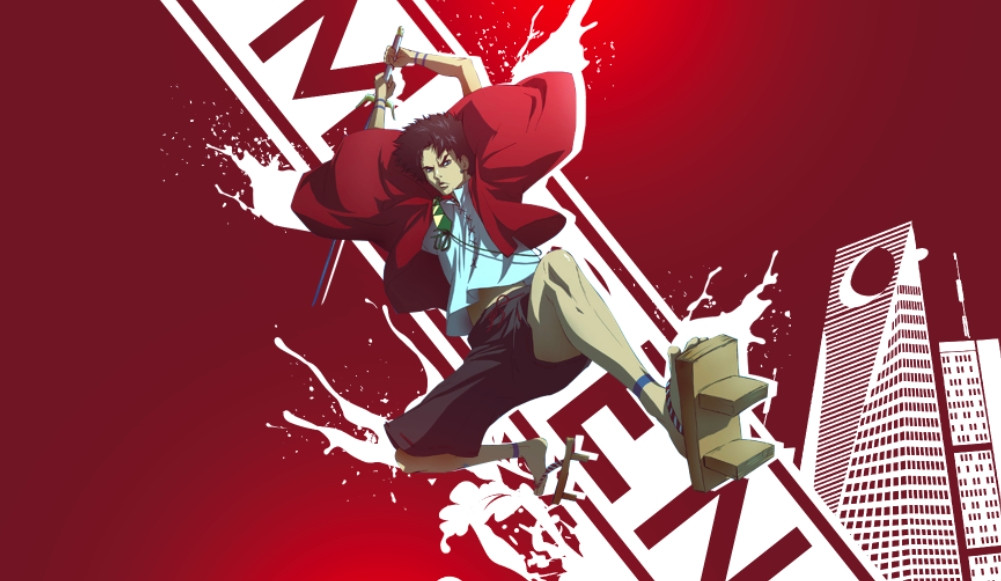 Overall, Samurai Champloo is the journey of each one fixing their world and their problems. You can see a mix of modern style with historical elements from the Edo Period in the film, which helps highlight the contrast in emotions of each character. (3)

The action element is visualized through modernity, including hip hop, as there were signs of graffiti, sports logos, bandits, gangstas signs, etc. Although there are not too many fighting battles like in other movies, it is still a worth-to-watch action anime because of the surrounding factors.

As its name states, Jojo's Bizarre Adventure describes the path of Jojo, who has grown between the barrier of Constantly walking the line between extravagance and sanity and begins to evolve into something special. (4)

Since this is a long eight-part anime, each part has a different storyline, but all become related while involving eye-catching actions that are about to thrill you. 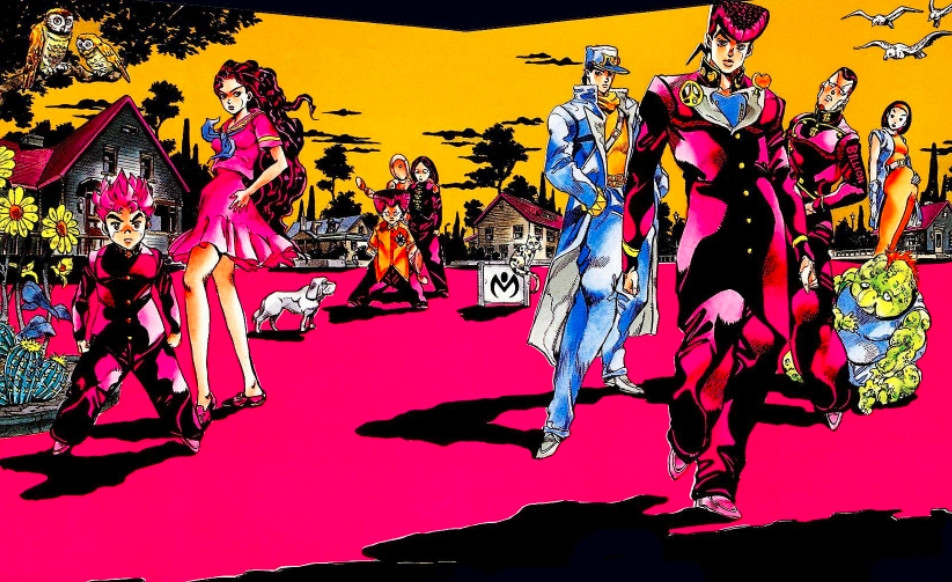 The action scenes are strongly recommended because they are incredible and executed finely, making you feel like you are in the real world! That's why Jojo's merchandise at GearOtaku always remained in the bestseller section!

Also, there are tactical mind games to cut you off from the action, but trust us, the action keeps going, and it will surely keep you going with this movie.

There hasn't been an action anime that we describe as brutal yet. But here is one: Devilman: Crybaby! It is an anime where brutality and death strike up, and also are your tears as you reach the last episode! 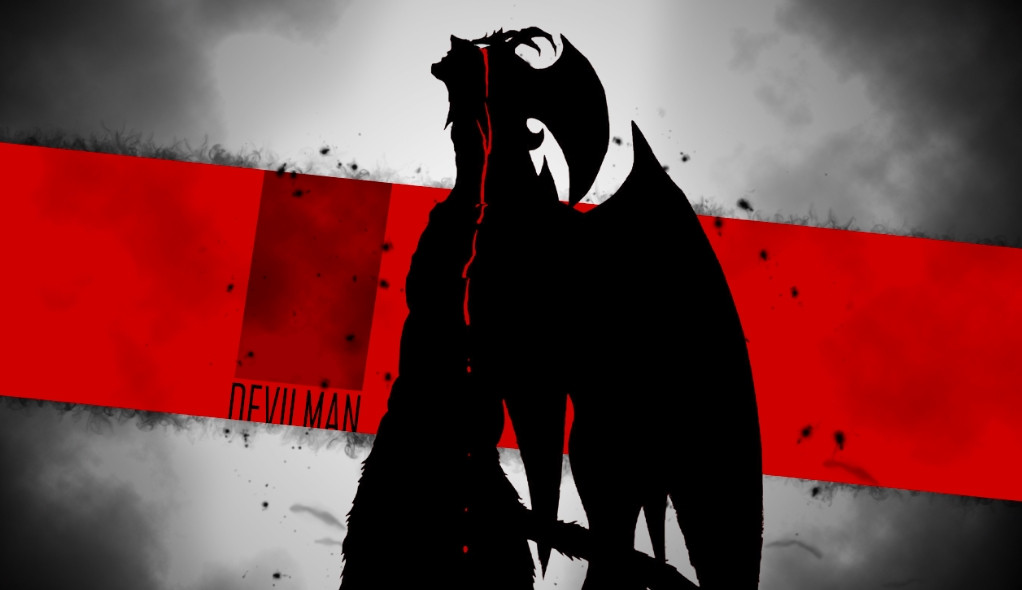 Remade from the classic Go's Nagai's Devilman, the same-name series has a modernized style but still brings up all the action you while maintaining all meaningful messages. The soundtrack is a plus point for those who love to emerge in music while enjoying blood-splitting scenes!

Abraham Van Helsing owns a noble house in London and spent years fighting dark creatures like vampires, ghouls, and even those he considered monsters. And the stories continue after that for ten short episodes. (5) 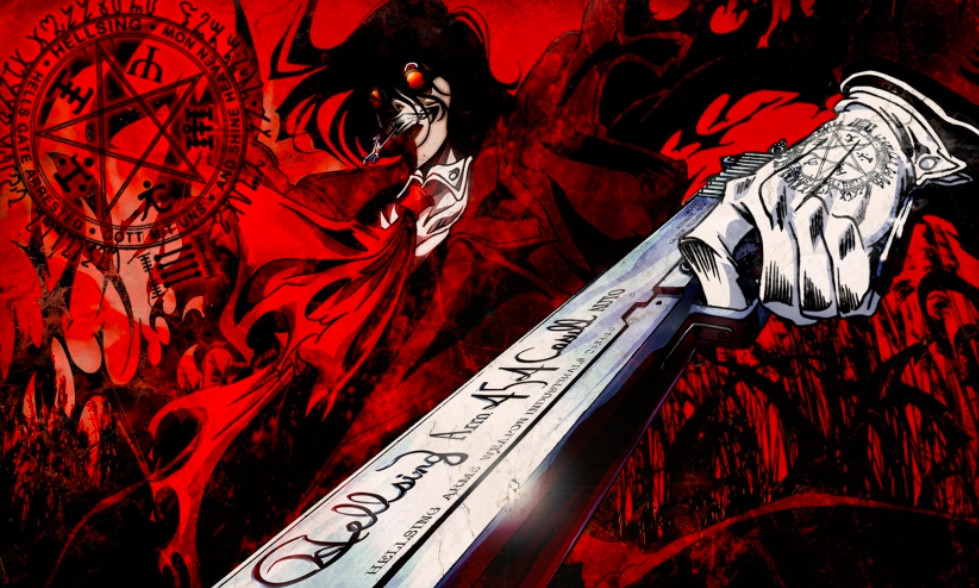 This might be the most brutal action anime you have ever seen, as the fights revolve around non-human creatures. And as normal circumstances, there is a bunch of bloodshed and quick, sharp actions!

If these creatures are your favorite, Hellsing Ultimate can certainly please your vision and movie sense!

7. Sword of the Stranger

Another sword-fight anime for those who love the click-clack sound of hitting swords is called Sword of the Stranger.

The story is based in Sengoku-Japan, where Kotarou (and his dog) suddenly have to run away from the Mind Dynasty for no reason. Luckily, a random samurai named Nanashi is willing to protect these two loners from being killed. (6) 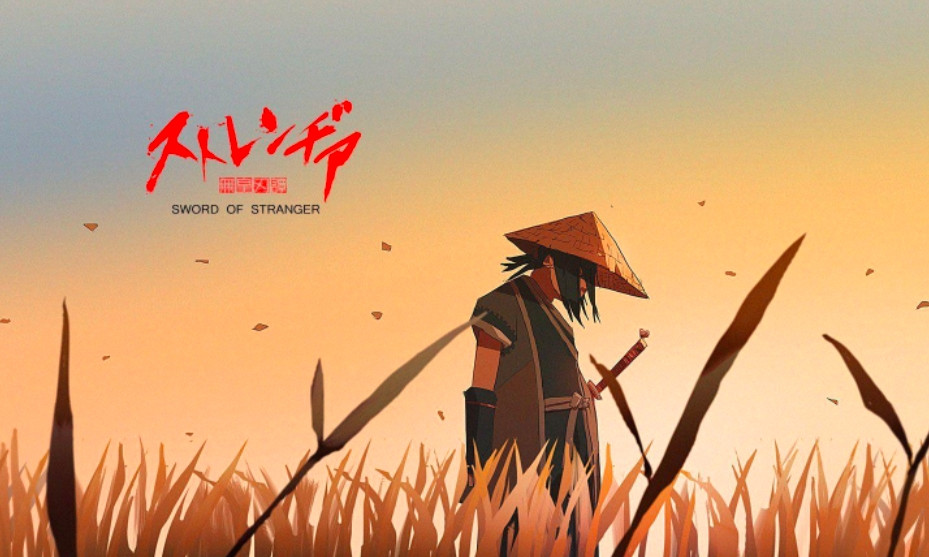 You will experience their hide-and-seek journey followed by well-choreographed-and-executed sword fights throughout Japan. Whenever Kotarou arrives, somebody wants to finish him, and that's where all the action begins.

Action lovers love this anime because of the visceral animation displayed in a well-lit environment that brings all sword swings to life. The characters' development is also highlighted in this anime, as you can see their facial expressions.

One of the easiest and most accessible anime for children, where the hero takes only one punch to finish off the world's most evil villains. That is One Punch Man! 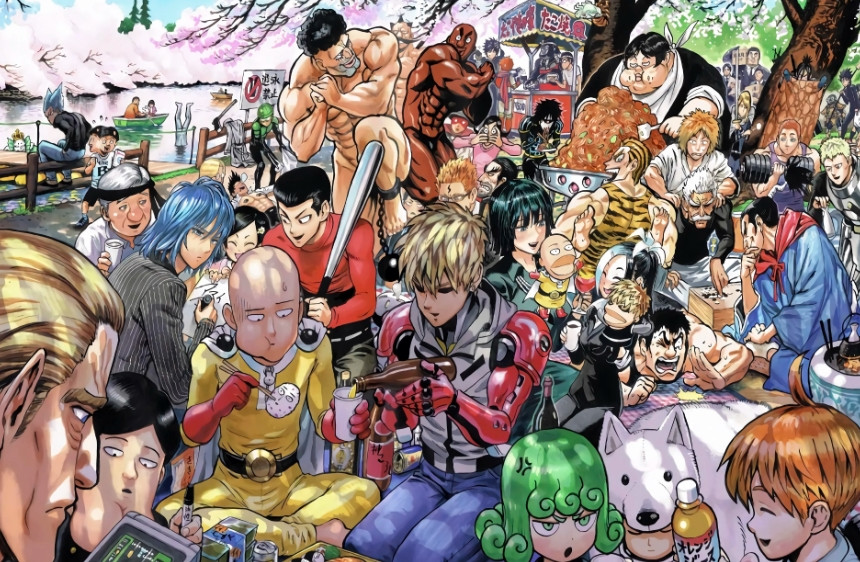 Unlike the other action anime, where the fighting keeps being more brutal and brutal every day, One Punch Man's action scenes are simple and even exciting. That is one you won't get bored with this animation as it has all features you need to be entertained: action and comedy!

Other than Saitama, other characters support him in fights. They make up for the action scenes while being funny as well!

Another long series is coming on the way. Although the Gintama series is long with hundreds of episodes, they are not considered boring since each episode reflects a different movie genre.

When you get to the first arc of the movie, you will understand the action components displayed via Gintama and other characters. 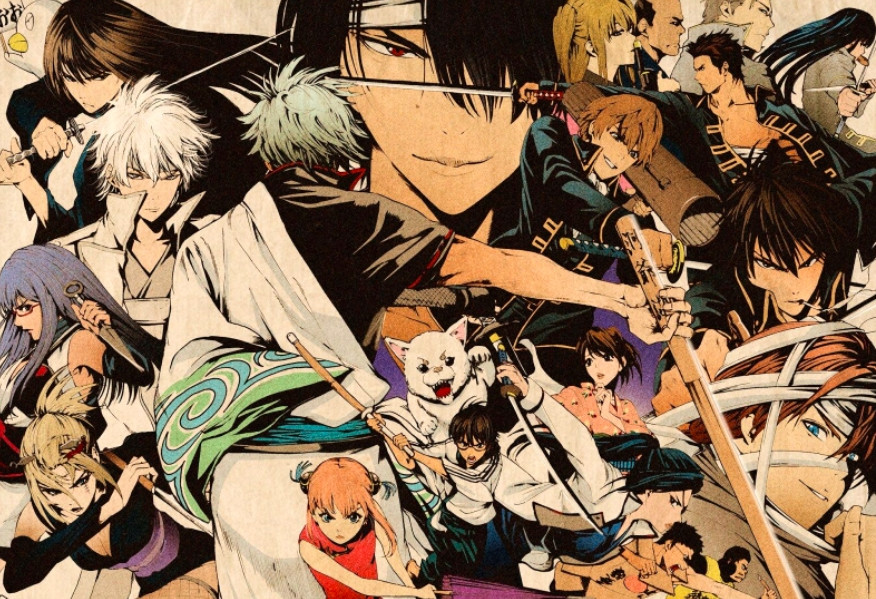 Being another friendly, people-assisting samurai in Japan, Gintoki fights the bad terms to protect people - a simple storyline, right?

However, the action and fun you will get in the movie are more than describable. The sword fights, challenges, and rescues are spectacular to watch whenever Gintoki encounters one villain.

Enjoy this movie and understand why it makes its way onto this list.

We end the list with an all-time classic: Akira. Since its spectacular release in 1988, Akira has successfully inspired all-action anime with its cool graphics and stunning action movements!

Although the storyline has depth and meaningful layers, we focus on the action only since that makes the movie stand out and stand on this list.
Each movie frame is executed finely to provide all details in vividness. Every second is so binge-watching that you cannot get your eyes out of the screen, from the explosion and motorbike crashes to the monster transformation!

And that's all we have for the top 10 best action anime. Even if you are or are not a fan of anime, watching 1 in 10 of these films above will surely leave a memorable experience in your cinematic journey.

Always remember that you can enjoy the vibe whenever with GearOtaku - where you can get cool merchandise from any anime action film.
Thank you for reading this article, and we will see you soon in the next manga-related one!