GearOtaku is an online fashion store specializing in high-quality Otaku and Anime Merch worldwide. Inspired by special anime and manga publications, the store will launch related products from shoes, clothes, to accessories to satisfy fans. This article will rank the top 10 best harem anime that you should try to watch once. Prepare yourself before becoming a true fan! 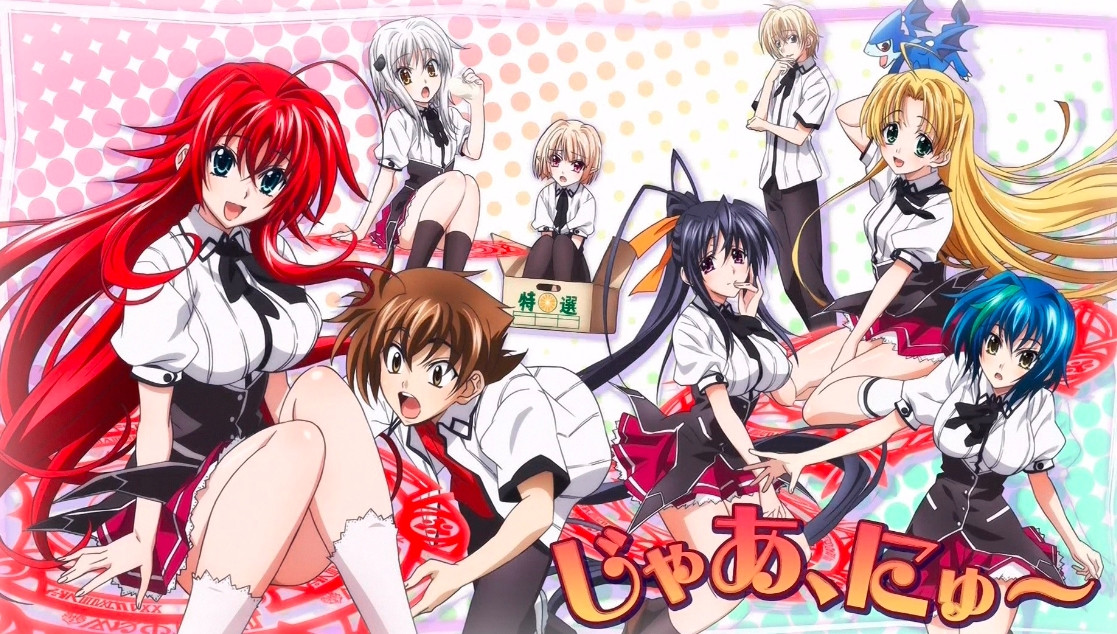 High School DXD is considered the best harem and ecchi masterpiece of all time, adapted from a Japanese light novel series by author Ichiei Ishibumi.
The story is about Issei Hyodo, a perverted high school student who wants to own a "harem" and begins to notice the girls around him. But unfortunately, he was killed on his first date by a fallen angel. Later, the demon princess with the red hair, Rias Gremory, made him resurrected  to serve her family. (1) 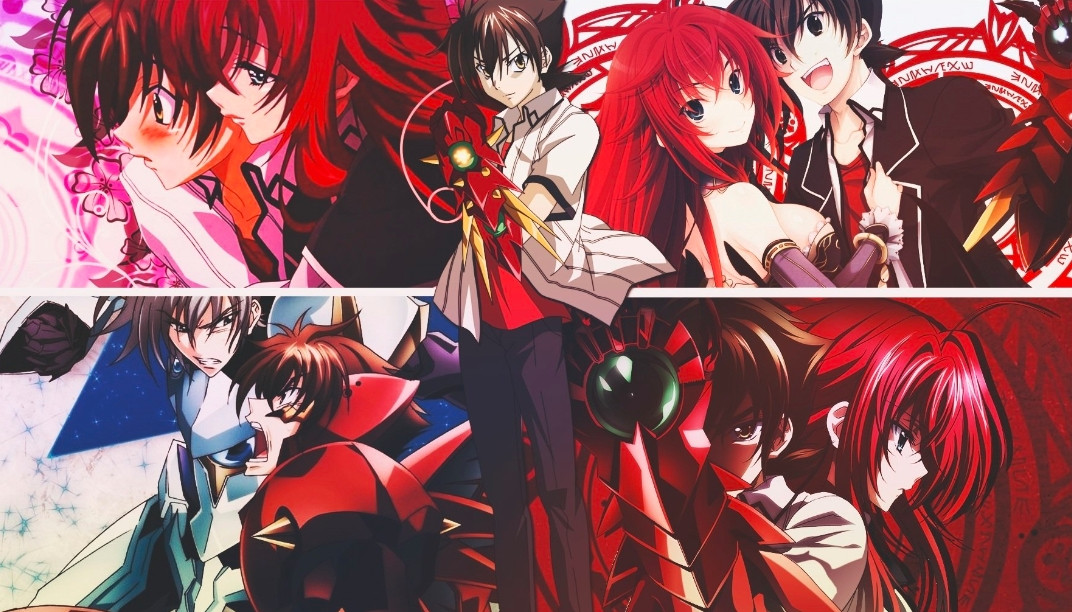 He joins the Occult Research Club, gradually making his dream come true. Rias' arrival has transformed Issei into a real demon and increases the danger of the relationships between the angels, fallen angels, and demons.

This biggest movie of 2021 is adapted from the manga of the same name, written by author Shūichi Nimaru. The story revolves around a 17-year-old high school boy who has never been in a relationship, Sueharu Maru.
One day he was confessed to by his close friend, Kuroha Shida, who has an outgoing personality, and he was immediately rejected. At that time, he only had eyes for Shirokusa, the most beautiful "goddess" in school, who seemed to like him, too. It made him hope for love between them. (2) 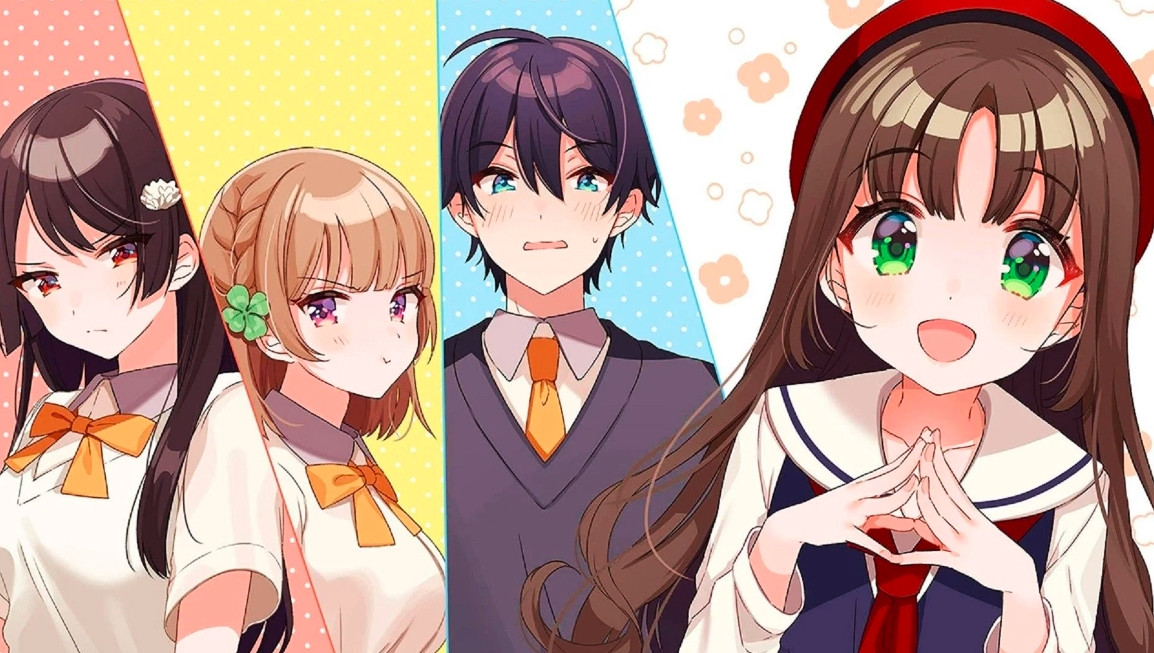 However, when he was about to confess, he found out she had a boyfriend. Therefore, Kuraho took the initiative to comfort him and suggested that they take revenge on them for playing with his feelings on purpose.

The author of this wacky manga adapted into the anime is Reiji Miyajima. The scenario begins when the main character Kazuya Kinoshita is dumped right after a month of dating his girlfriend, Mami Nanami. Then, he used an online dating app and hired a beautiful girl to be his girlfriend. It was Chizuru Mizuhara. (3) 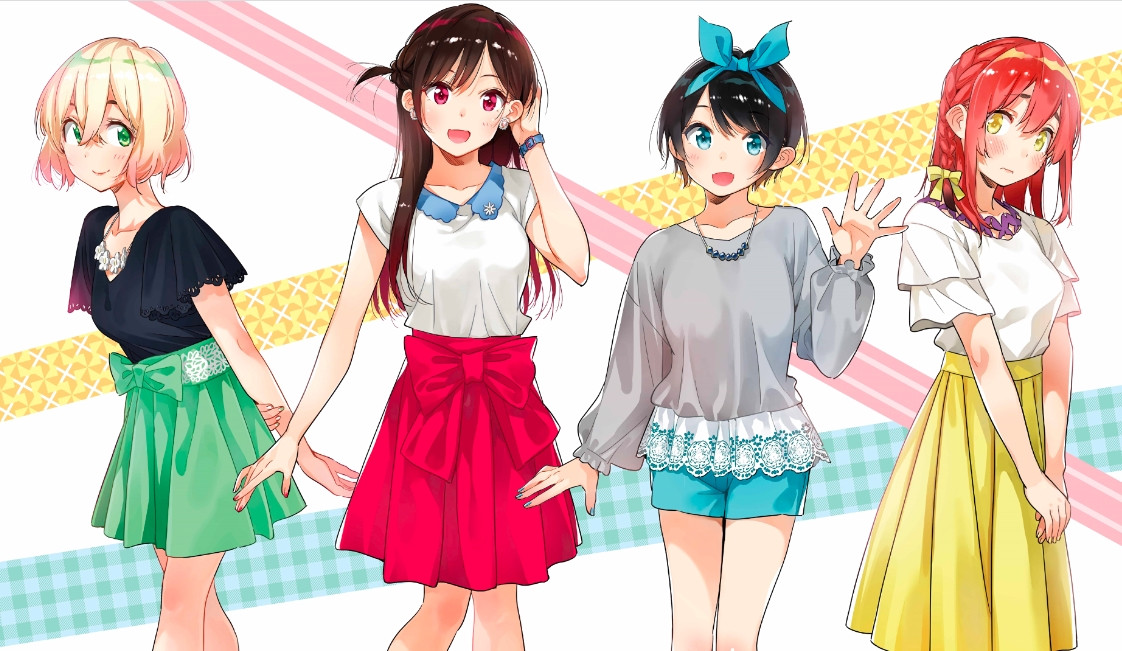 Their first meeting did not go well, but unfortunately, Kazuya's grandmother was hospitalized, and he accidentally brought Chizuru along. The attractiveness of this girl delighted the grandmother, and he was forced to continue to hire her to appear in his family meetings.

Kazuya has to work part-time to pay for his girlfriend's rent and gradually realizes that he has feelings for Chizuru. With the appearance of her friends, the plot of the story has been pushed to a new level. If you love this movie too much, you may find a collection of the characters' hoodies at the GearOtaku store!

This anime, written and illustrated by Taishi Tsutsui, is the perfect blend of the harem genre with humor and romance. The story opens with the male lead, Nariyuki Yuiga, and a hidden girl emotionally looking at fireworks during the school festival. (4)

Going back a bit, Nariyuki is a final year high school student trying to win a college scholarship. Therefore, he has to teach the weakest students and is also a genius in several other subjects. They are Fumino Furuhashi, Rizu Ogata, and Uruka Takemoto, who have feelings for their reluctant tutor after a while.

There is also a rumor that people who are touched by the sight of fireworks on the festival night will become a couple. That is why the image at the beginning of the film is evoked to start the conversation and provoke the viewer's curiosity.

5. Oresuki: Are You The Only One Who Loves Me

The film is adapted from the super funny and romantic harem light novel series written by author Rakuda. It focuses on human bonds and about Amatsuyu Kisaragi, a high school student who longs to be confessed to by two girls from his school. (5) 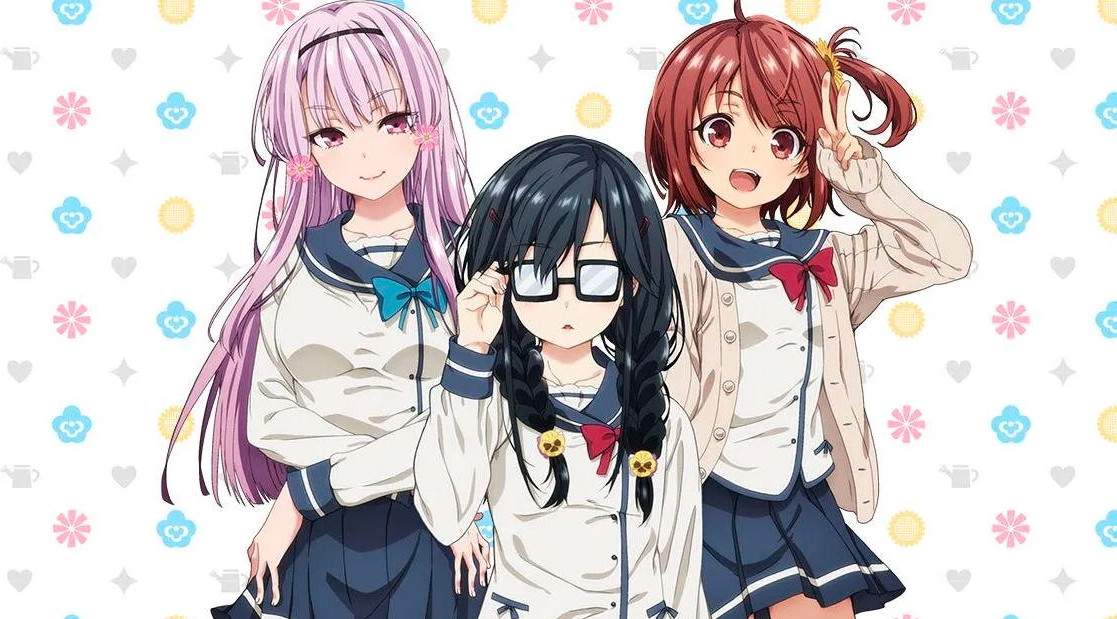 One day, he invites Sakura Akino, the upperclassman, and Aoi Hinata, his childhood friend, out and waits for them to confess to him. However, ironically they all like his best friend, Taiyо Oga. He promised to help them pursue his friend and waited for one of them to be rejected to date. This twisted story will motivate the audience to discover more with its funny but real details.

This Japanese light novel series was written by author Yū Miyazaki and adapted into an anime. It is set in the 21st Century when the economy is in a recession, and an integrated Enterprise takes over. Before that, most of the cities were destroyed by the Invertia event, and the survivors had special powers called Genestella. (6) 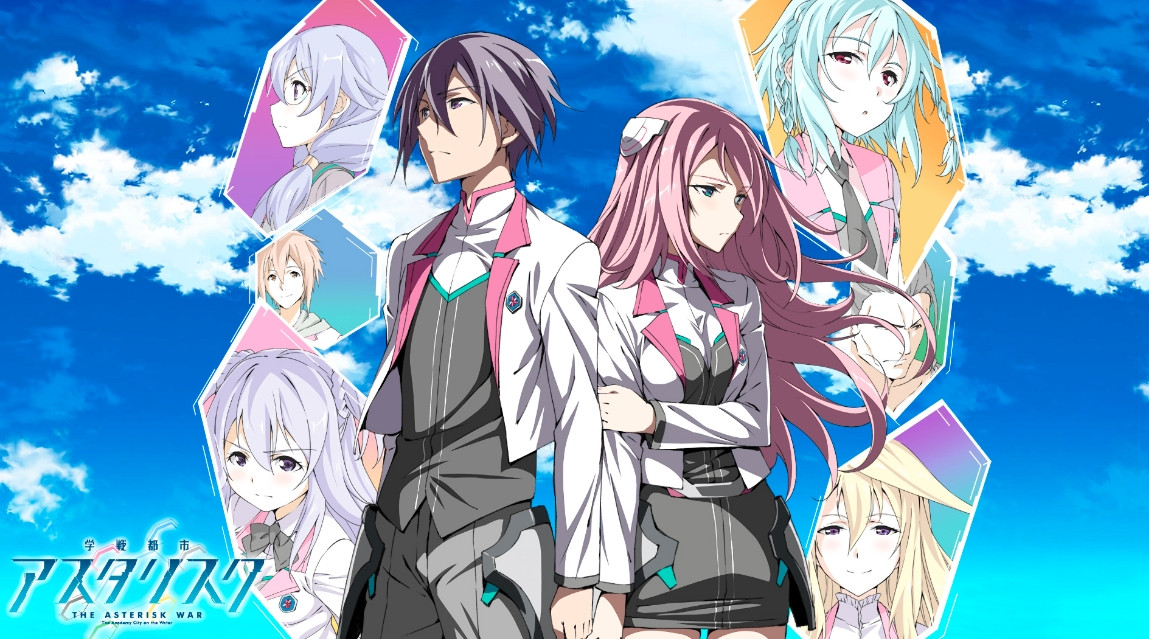 The main characters of this series are Julis Alexia, the queen of Seidoukan Academy, and Ayato Amagiri, who is searching for her missing sister. They join the Festa tournament to achieve their goals and gradually become partners, opening a series of other mysteries.

This anime will probably make you feel uncomfortable amidst the ambiguity of a love triangle between the main character and his two girlfriends. But if you ignore that, author Hiroyuki will bring other aspects of the three people's coexistence, including Naoya Mukai - the male lead, Saki Saki - his childhood friend, and Nagisa Minase - his classmate. (7) 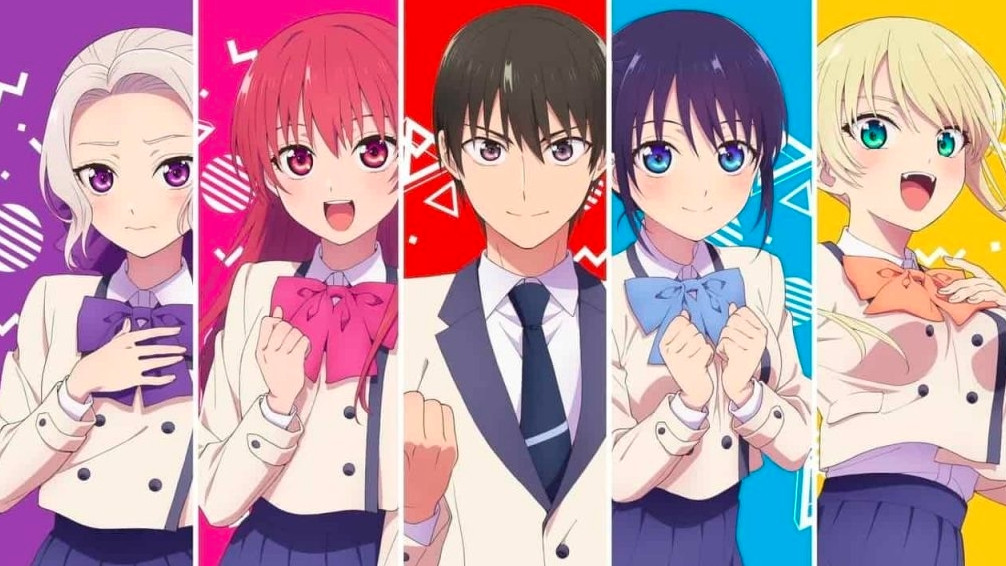 The story delves into the hardships that the male lead has to go through to maintain a relationship with his two girlfriends and interesting stories in their lives.

8. The Hidden Dungeon Only I Can Enter

Unlike other series, this anime series started with a novel and then adapted into a light novel and manga. The author, Meguru Seto, has intrigued his readers with the mysteries contained in the secret dungeon. The main character is Noir Stardia, the third son of a small noble family, who possesses many special skills and extensive knowledge. Due to too many difficulties at work with his headache, he decided to join the expedition and open a legendary dungeon. (8) 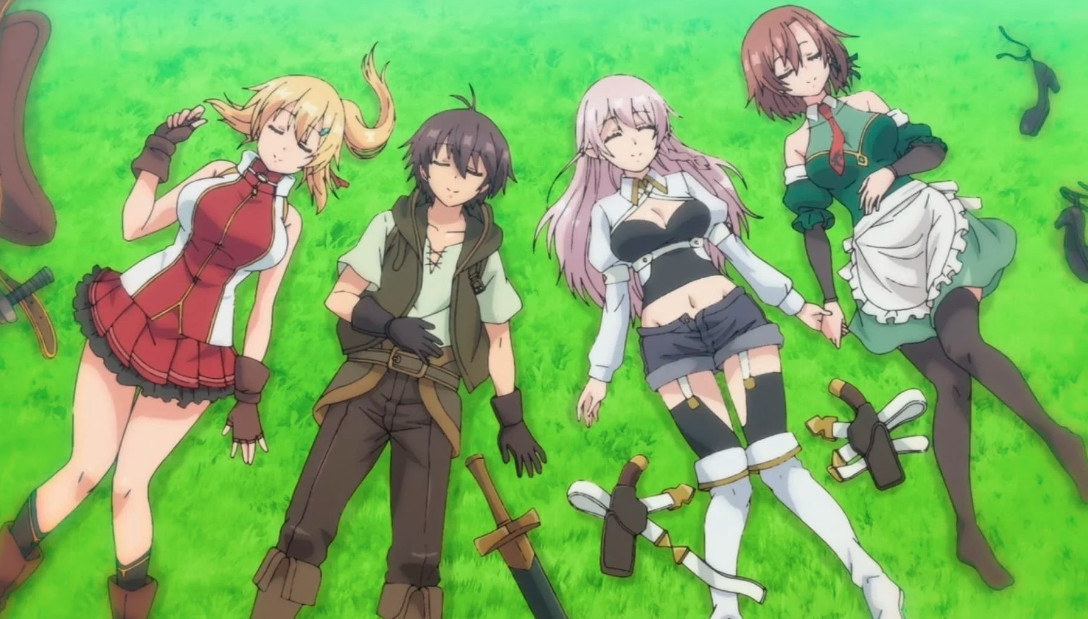 To become stronger, Noir enrolled in the Hero Academy and constantly improved his skills with the help of Emma Brightness, his childhood friend, and Olivia Servant, who was trapped between the ages. Many beautiful girls appeared beside him, making his dungeon exploration more interesting and dramatic.

This anime is adapted from the manga of the same name by author Hazuki Takeoka with a normal motif. Nonetheless, this series still attracts viewers of Masamune Makabe's revenge on the person who rejected his love and insults, which is humorous and has many twists and turns. (9) 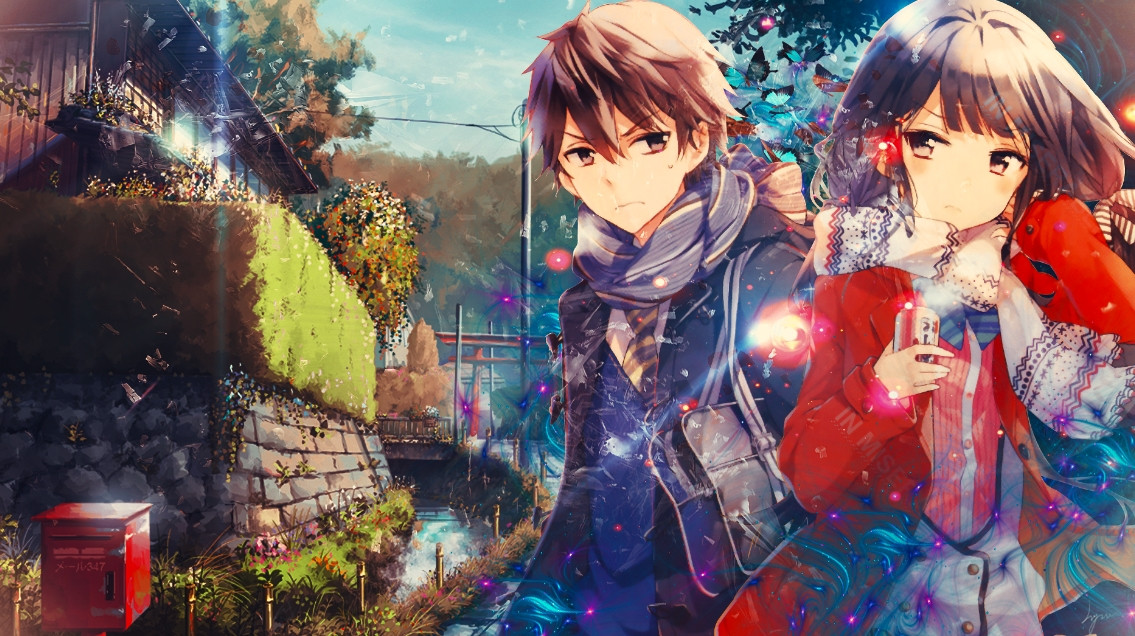 With the help of Yoshino Koiwai, who knows about his past, Masumane gradually plots revenge against Aki Adagaki, the girl who rejected and disparaged his chubby body. With a simple plan to seduce her with his handsome face and abandon her soon after, Masumame brought many unexpected and humorous details to the series.

10. Peter Grill And The Philosopher's Time

This fantasy manga from Japan was written by author Daisuke Hiyama and adapted into an anime. The male lead, Peter Grill, is a fighter awarded the title of the strongest man in the world after an International tournament. He has a two-year relationship with Luvelia, the daughter of Guildmaster Sanctus, and plans to marry thanks to this victory. (10) 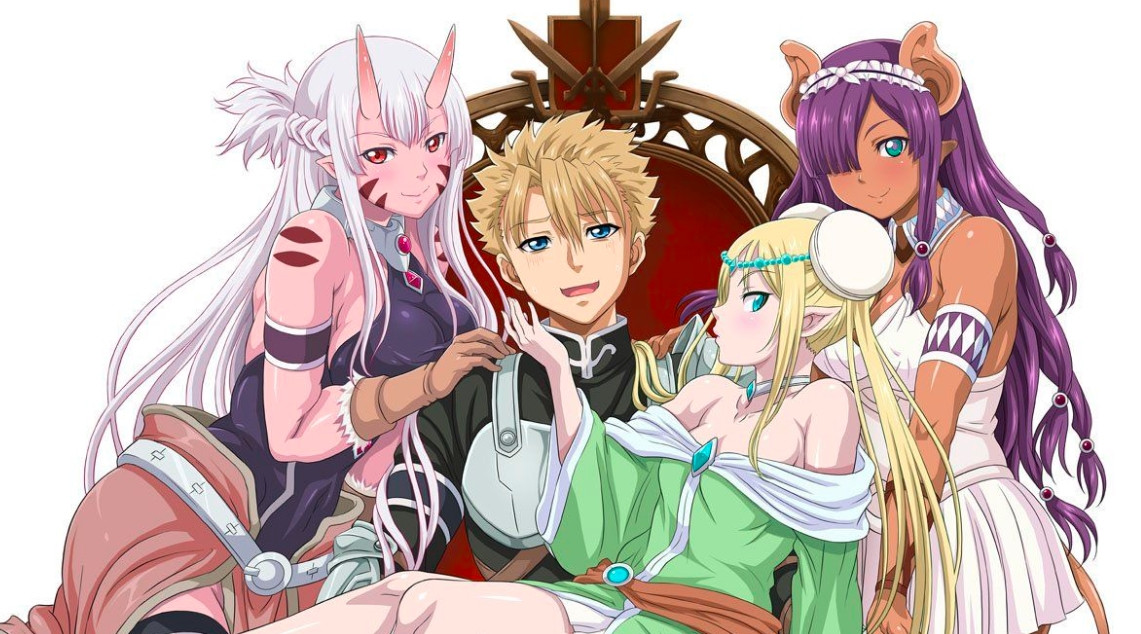 However, the future father-in-law often causes difficulties, preventing him and his beloved from being together. Meanwhile, many other girls want to come to him to find the "bloodline" of the strongest hero. No one knows if this warrior can overcome temptations and barriers to reach the one he loves, but that thorny road is also worth looking forward to.

Not only are the anime series of the Harem genre, but the top 10 best harem anime also bring moments of relaxation and brain twists with humor and unexpected details. We bet you won't have much time to get your mood down while immersing yourself in that fantasy world.
And if you love them too much, you can visit GearOtaku to find related publications or similar articles!