The Coolest Anime Character All The Time - Rank List For You

Are you looking for an anime hoodie from GearOtaku but are stuck in choosing the best character? Let GearOtaku lend you a hand!

You don't have to find somewhere else because the following reviews of the coolest anime character will be a great suggestion that you need. Read on to feel the hottest recommendations from us!

If you're looking for cool outfits and trendy manga accessories, GearOtaku has it all. No matter where you are, Otakus products can always be delivered to you.

Not only that, but Gear Otaku also has a separate creative team specializing in designing a series of "unique" products. If you have an idea, tell them quickly! On the other hand, if you still haven't found a good idea, follow our suggestions below!

Luffy is a name associated with the reverberation and popularity of One Piece. He is portrayed as a simple character with a rather humorous appearance and demeanor. Many people consider that Luffy may not be the best anime, but his "personality" makes him a top character who is hard to compare. 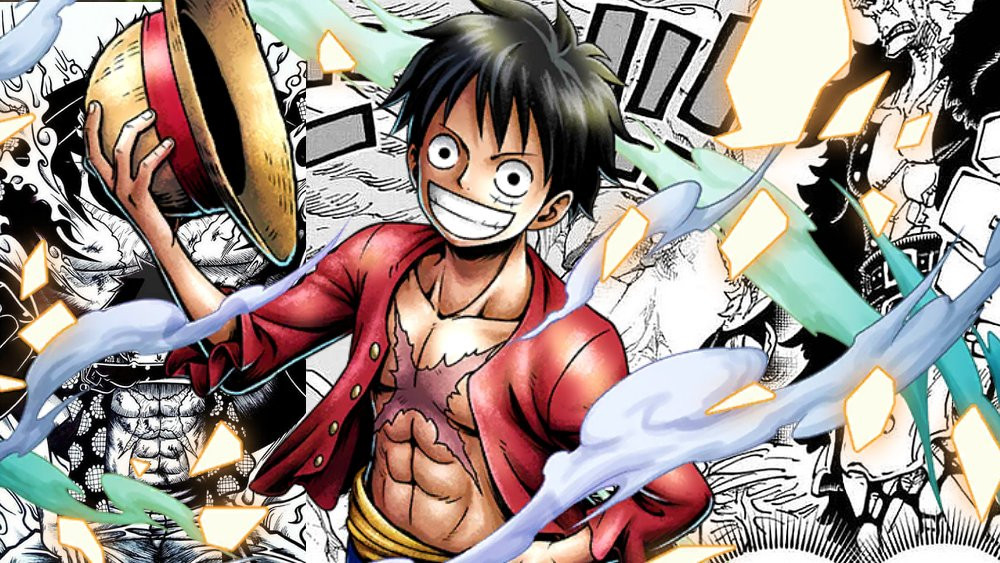 We can see that Luffy is not so good at making decisions, but this "dullness" inspiration makes us hope that he will win. In short, if you love a type that is simple but fun, kind, and full of faith, don't ignore the name Luffy!

Referring to Naruto, it is difficult for anyone to forget the first moments at the leaf village. He was a pure goofball and quite rude in his communication. Naruto's growing up was always shunned and feared by fellow villagers due to the evil nine-tailed fox's spirit being sealed deep within his body. 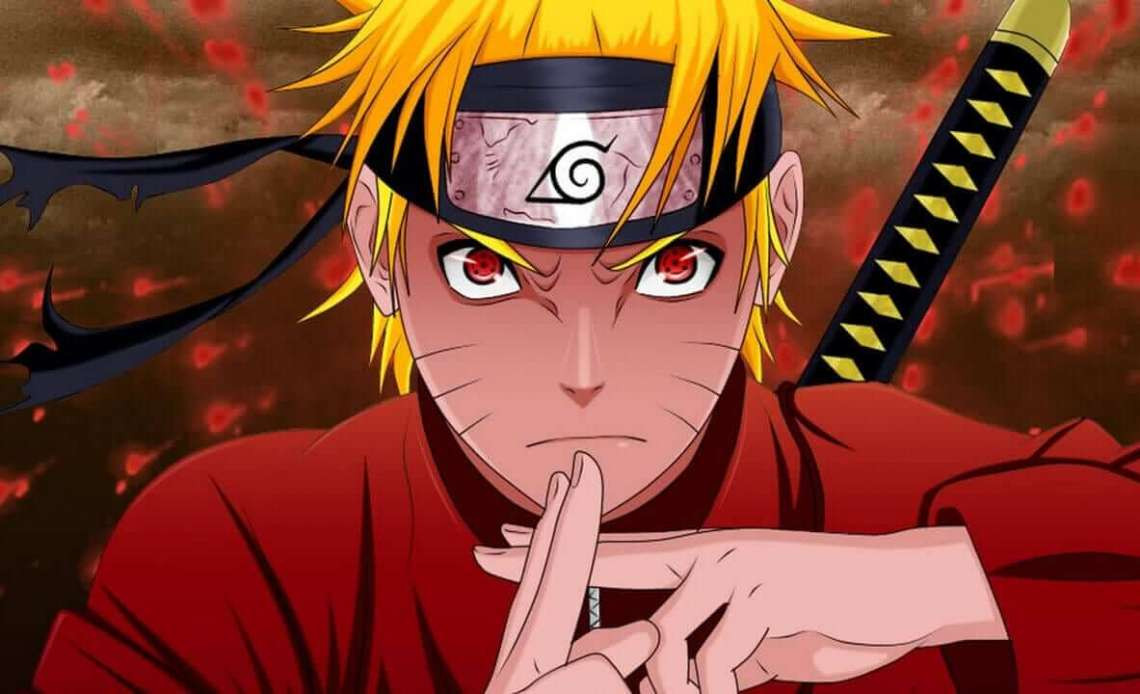 Despite having a pretty lousy life in the past, Naruto's crazy efforts made everyone fall in love with him. Moreover, this insane determination and drive make him an anime of persistence in life.

If you're looking for an anime character that does not have too many fans, Itachi Uchiha is your answer. Although his appearance is nothing so impressive, Itachi has an iron will and ability that is hard to compete with.
In his earliest years, he had to witness "World War," and the devastation in this war made Itachi Uchiha a man of pacifism. 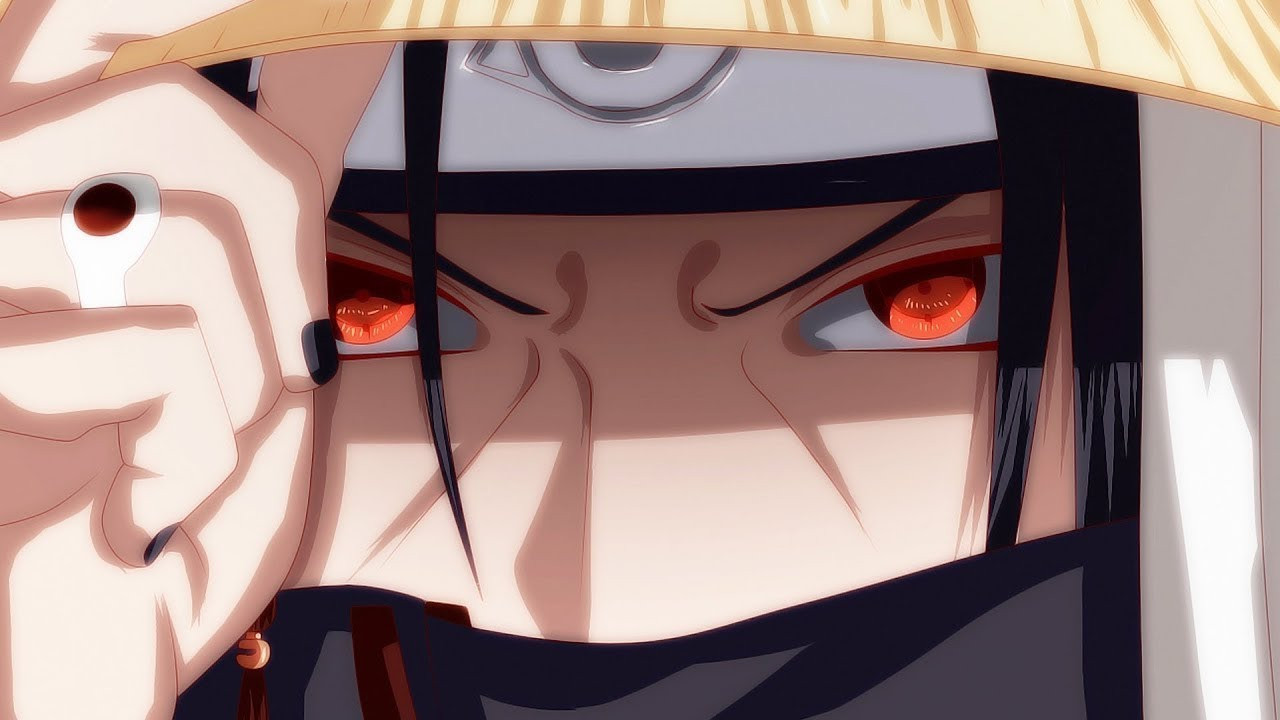 Even though he's an anti-hero, we can't all think bad looking into his eyes. Perhaps Itachi Uchiha preferred being an unsung hero instead of a resounding or famous one.

Light Yagami is an integral aspect of the success of Death Note. If you are distracted and lack focus from the beginning, you will indeed be confused with Light's story. He delivers a rather complicated character image because of the complexity of his goals, actions, and attitudes. 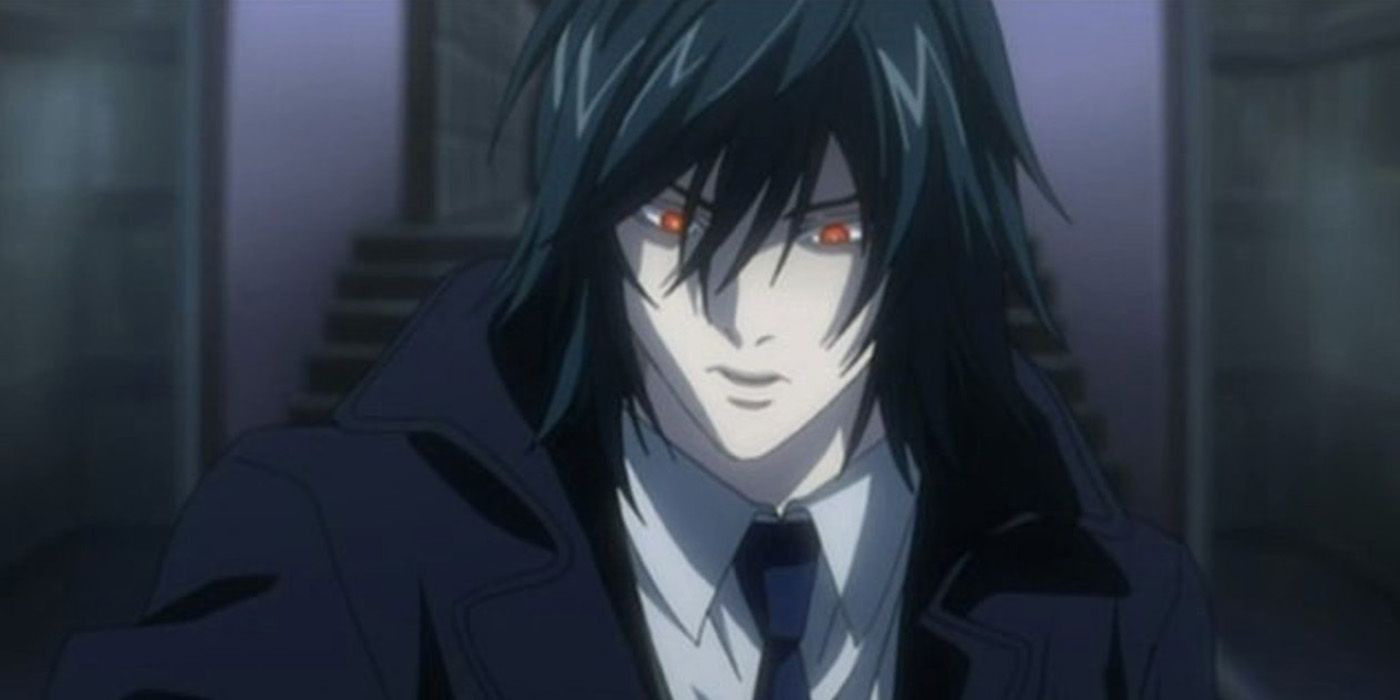 Light wishes to make the world a safer and happier place, but his action, in fact, goes against his goal - he kills many people without feeling guilty.
The confusion that readers have while determining whether Light is good or bad is also the factor that makes Death Note successful.

What do you think about an anime design with some fun, Bruce Lee’s martial arts, and film noir? Yes, no one can be different because it is Spike Spiegel! He is the heart and essence of Cowboy Bebop's story. Spike is created as a character with a gearhead performing in the spaceship and a detective with great intelligence. Besides that, Spike is also a philosopher and quite a professional pickpocket. 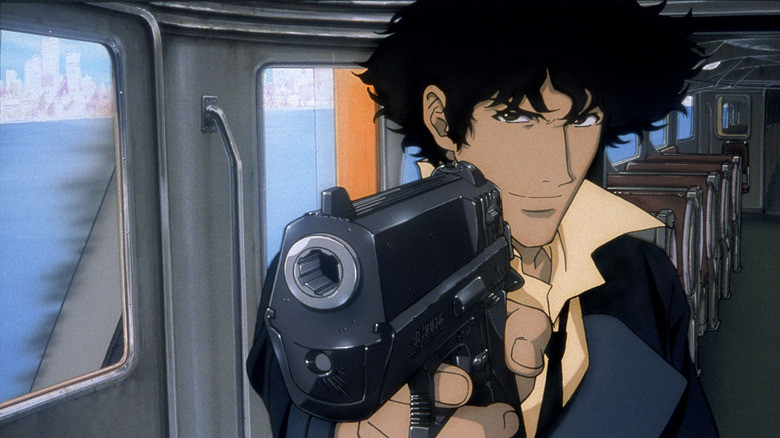 Maybe you will be surprised by Spike's flexible character design, but everything does not stop there when you have to be surprised more about his past.

In the past, it was difficult for anyone to believe that Spike was a gangster and he was pretty hopeless with his romantic relationship. Spike's strangely mixed appeal would make for a great character if you wanted to show them off in your GearOtaku outfit.

Well, maybe Gojo is an attractive character that we can hardly ignore! You can quickly notice that he seems like a playboy with a little bit of carefreeness. All that you are thinking is neither wholly right nor wrong because that is the surface of Gojo. 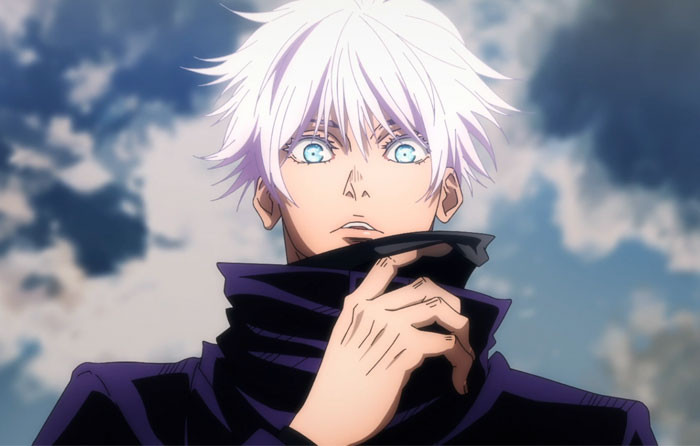 The factors that make up his seemingly carefree and negligent demeanor are the overwhelming power in his hands. In every fight, Gojo becomes cold and ruthless in contrast with his appearance.

In Jujutsu Kaisen, you will quickly see the image of Gojo winning and bringing a rather tragic end to the enemies who stand in his way.

We strongly recommend "Levi" if you want to choose an iconic character from Attack on Titan. Levi is considered the object of challenging the concept of perfection by what he embodies. 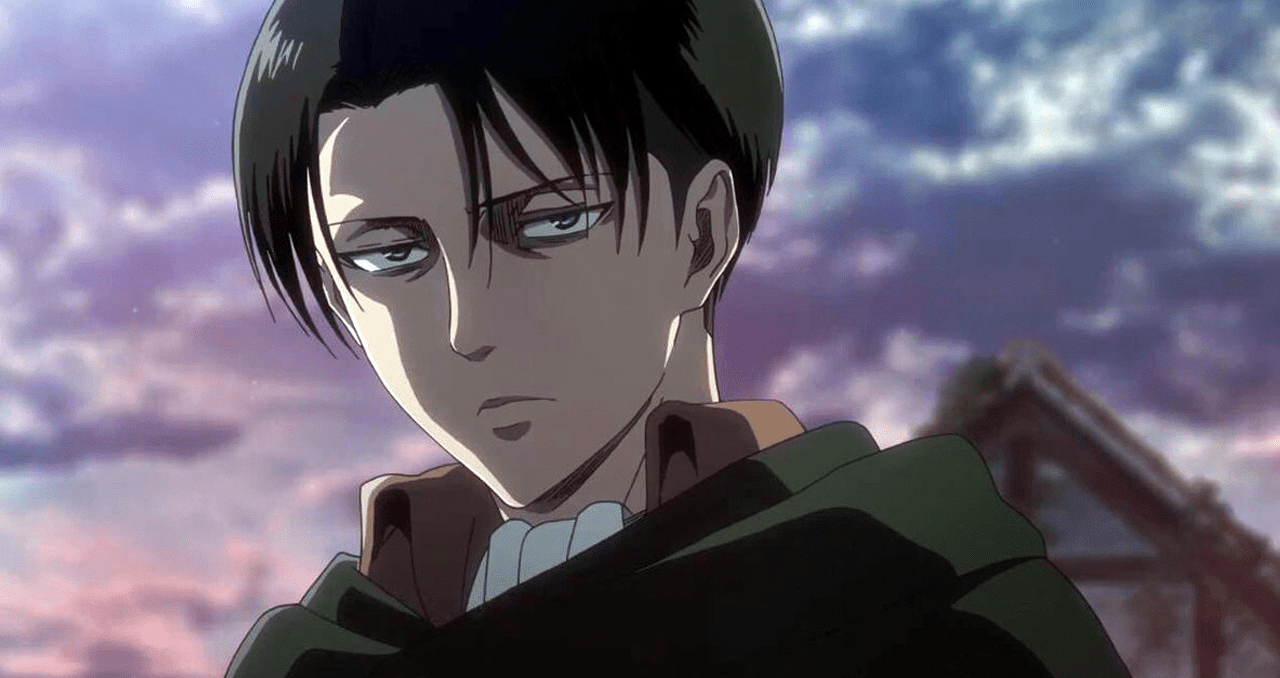 All you can find in Levi is his focus on his work. You'll be hard-pressed to see him having time for jokes or humor. Furthermore, he has no social skills and is considered a man of sincerity.

Despite that, Levi is still a great role model for those who love assertiveness, wisdom, realism, and empathy.

Now, here comes our queen Waifus! That's right, it's Sakurajima Mai aka Mai San! She is a beautiful art figure beyond all of our expectations.
Mai San is a female anime whose attitude and behavior are like an "angel", so it is normal for her to have a large number of fans. Along with her kindness is another hidden seriousness in her person. Moreover, Mai San's cuteness is also the main reason that attracts viewers. 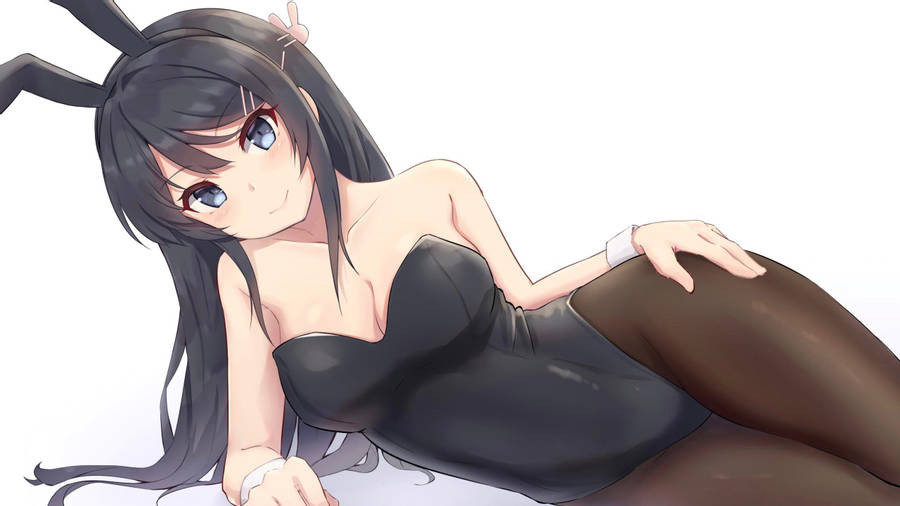 Generally, there are too many typical traits that we can find in a kind and gorgeous girl like Mai San. If you want to choose a female character to design on top of GearOtaku's outfit, don't hesitate because Sakurajima Mai is a top suggestion!

Saitama is a name associated with the anime One Punch Man. The monstrous source of power he holds can be considered the strongest in anime. Not only that, but Saitama's fighting style in this series also has a unique feature different from the fighting anime. 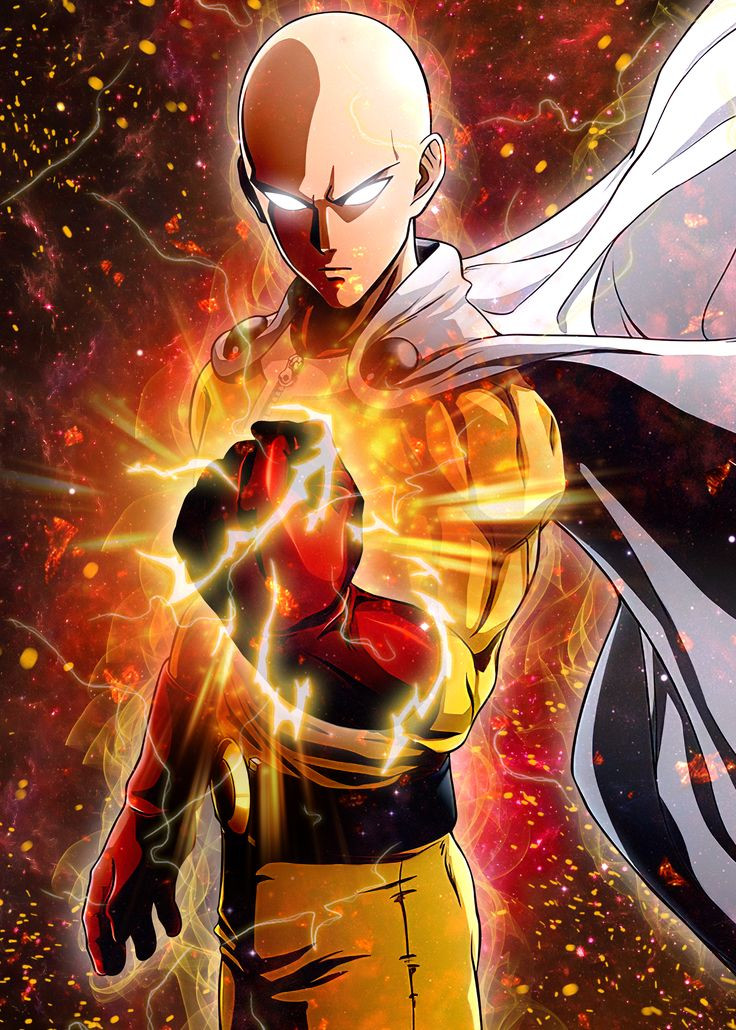 Do you believe that Saitama is a human who does everything for pleasure? That is the truth! You can notice this most clearly when you look at how he presents himself in this series.

Saitama has supreme power in his hand, but this makes him quite depressed. Maybe it is not always a good thing to obtain something too extraordinary when it does not bring you happiness.

Who is the most handsome in My Hero Academia? - Certainly, it is Shoto Todoroki! Indeed you will be impressed by his appearance, which seems both sexy and cold. 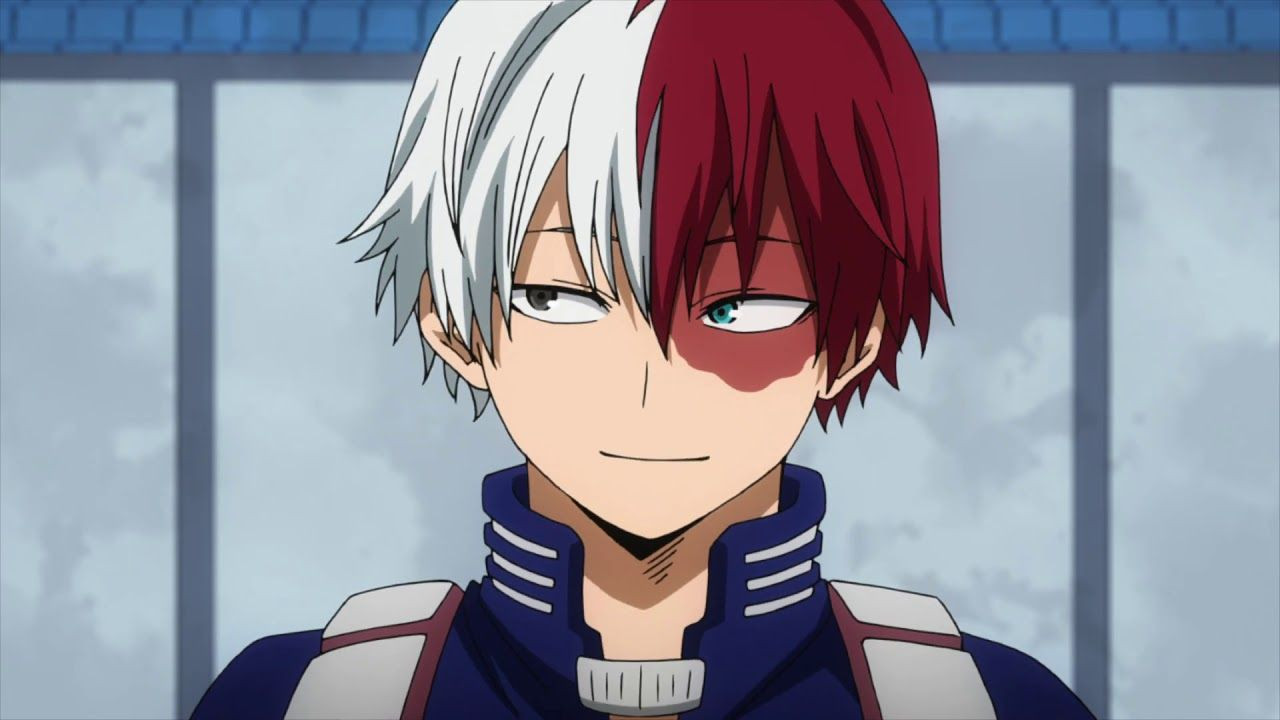 Why does he have such an unusual combination? It is because of the inheritance of the crystalline Quirk from the fire energy of the father and the power from the mother's ice that creates a highly unusual Shoto.

His fighting skills are also extremely good with a rather strict appearance, but he is somewhat clumsy in social affairs. Moreover, Shoto is also a model of a person full of kindness.

Each anime has its unique characteristics, so it depends on your taste to choose your favorite one to show off your GearOtaku's outfit. Hopefully, the details about the coolest anime character above will help you get an excellent idea for your product.

Choose anime now and tell us which outfit you like! Hopefully,  you don't have to wait too long, and the product will reach you right away!