Home / News / List of 10 Coolest Anime Characters All Of Time

Anime is a form of animation that boasts specific stylistic properties, vivid colors, and varied thematic imagery. It is a modified version of Western animation with Japanese themes, art, and sensibilities that can be felt in the action-packed themes within its storylines.

Combining fantasy and science fiction create an anime series for everyone to relate to that traverses vast universes entailing unique character personalities from shy girls to hardcore badasses. In this article, the ten coolest anime characters are the most favorite of anime fans worldwide. Let GearOtaku find out what they are! 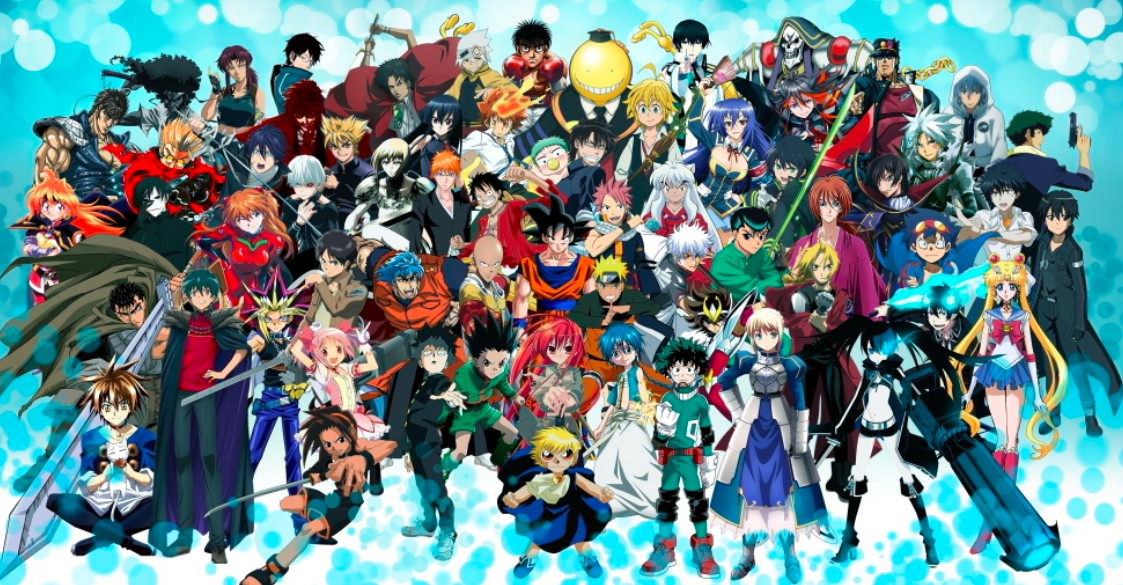 Many anime lovers vote on the list of 10 coolest anime characters below. They are popular with a lot of fans of anime around the world.

The ones who love anime can find it easy to buy Anime Merch of those characters in many online stores, especially on the websites of GearOtaku.

The anime was undeniably addictive, with so many trademarks in the series. We can say that it was extremely well-written.

Death Note's author Tsugumi Ohba has a way with words, having been able to easily captivate readers and keep them hooked on Light Yagami's cleverness and his intricate plans that would ultimately shape the course of justice – and entertain them too. (1) 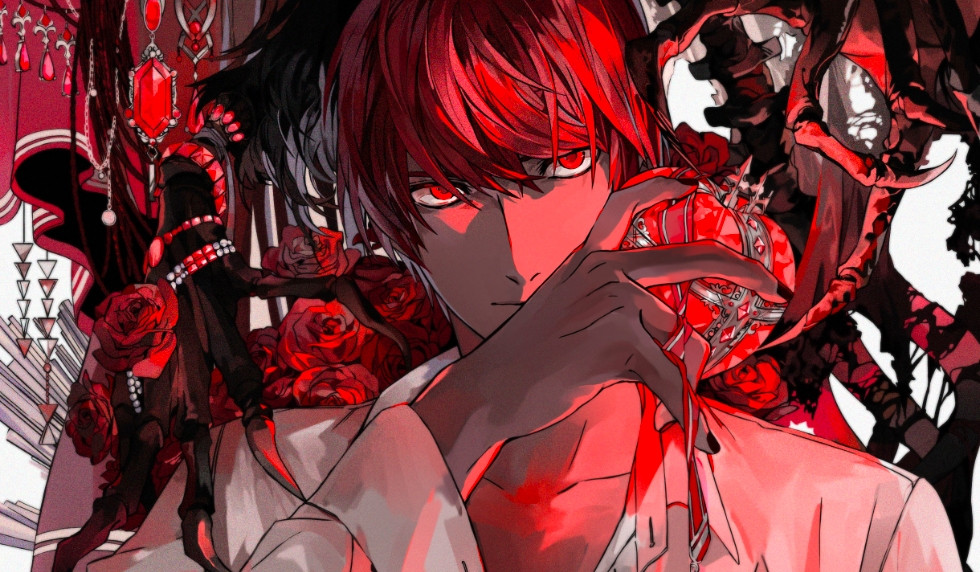 Though the main protagonist, this character is misguided and has a lot of growing to do until his noble qualities blossom.

By the story's end, he is defeated by his arch-enemy. However, you still sympathize with him because even though he could temporarily relinquish his hold on the Death Note, he hasn't learned how to value life yet, as evidenced by his dealings with other characters.

Itachi Uchiha was unique among other shinobi in Naruto. Your average battle with Itachi wasn't quick but more about building up tension and dialogue. They also let viewers know exactly who Itachi was as a person and not just from the battles. (2) 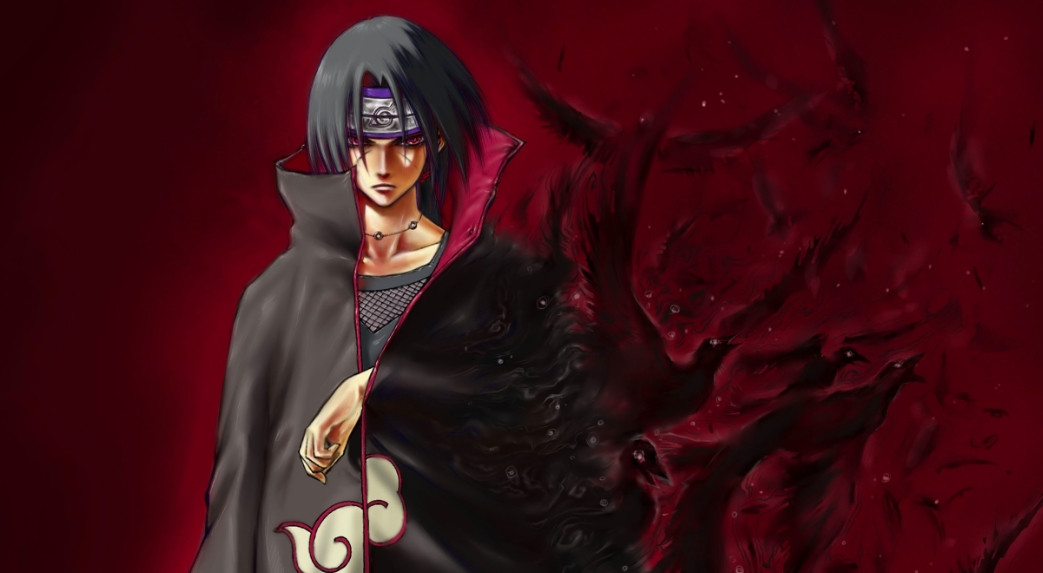 Itachi possessed wisdom that many cannot begin to consider having until later years of life. His sharp mind for strategizing showed itself throughout his days on screen, which made audiences question what they truly thought about others involved in the story's conflict.

Many items of this character are best sellers on GearOtaku's website because of their fascinating appearances.

The leaf village ninja named Naruto is a hot-blooded loudmouth who seems impulsive and maybe rather childish. However, he has a serious drive inside of him, especially when protecting and helping the people he loves. (3) 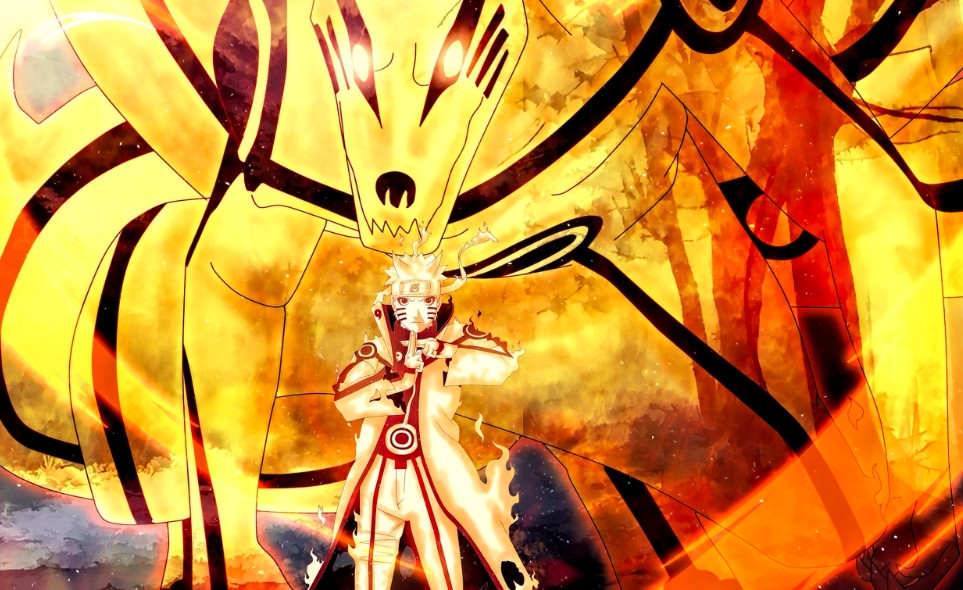 Contrary to his image, Naruto loves oriental culture and all it has to offer.
He loves his neighborhood, is currently studying for the Ninja Academy's graduation exams (but tends not always to do his homework), and is attempting to save up money from chores to one day buy a pet pig (which is ironically illegal in his home village).

Blending up some martial arts with an overindulgence of film noir, mixing in a bit of cool, and you'll get Spike Spiegel. Spike was an amalgamation of multiple influences resulting in a creation that was more than the sum of its parts. (4) 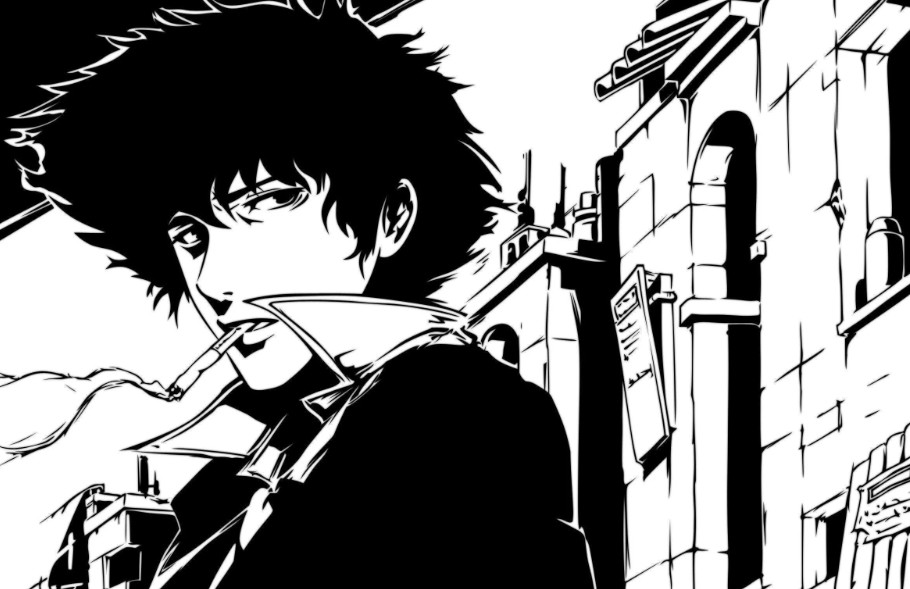 Cowboy Bebop 1998 gave audiences tastes worldwide, and Spike was the essence of this vibe. Voice actor Steve Blum delivered an effortless cool that arguably even got better than their original Japanese counterparts.

Spike was a unique character because he was very versatile. He worked on his spaceship and was a pick-pocket, detective, and doctor. He also had an interesting past life as a criminal fighter, and he loved to read philosophy books.

While his most attractive quality was his love of books, Spike, in my opinion, is the manliest character you'll ever meet.

Captain Levi is part of the Survey Corps and humanity's deadliest soldier. In a world plagued by Titans, he's accustomed to hunting other humans.
As one of humanity's strongest warriors and an experienced Scout, Levi faces death every day but doesn't show any concern – he knows just when to attack or dodge. 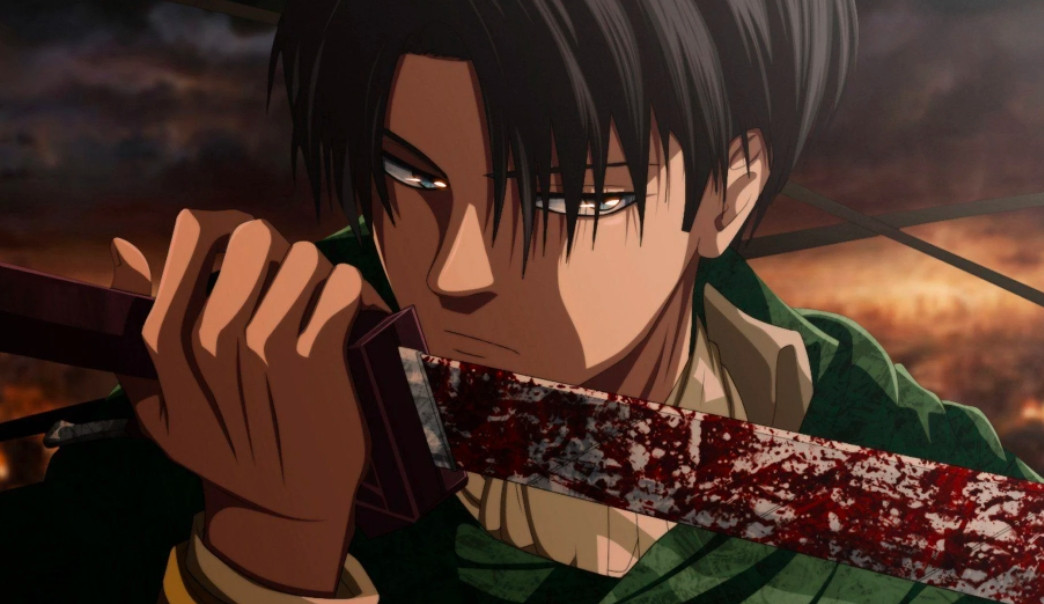 His coolness is due to the fact that he's a titan slayer. After all, it must be somewhat relaxing to know you're the strongest character in your universe. In Attack on Titan, it's easy to stay energized when you can take on several titans simultaneously.

Saitama is arguably the strongest man in anime. The anime storyline is different from most other combat anime, and that's because, in this series, the protagonist is already the most hard-working person around.

After three years of training, Saitama was able to take any blow and defeat any enemy. Though he has a great sense of power and strength, it leaves him very depressed. However, the series explores what comes when one achieves a lifelong goal after working extremely hard for it - it's almost too good to be true. 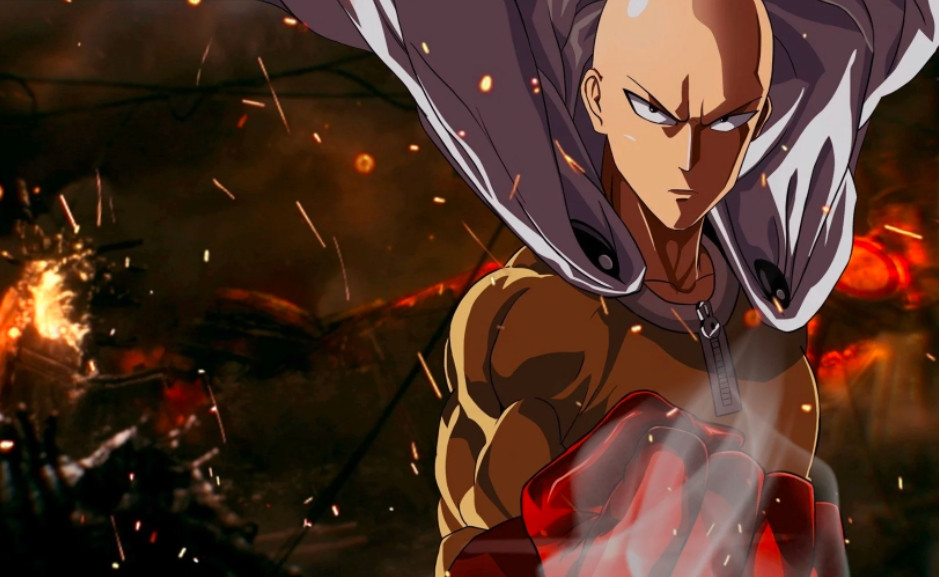 The point of this entire series means that no matter how much you achieve or obtain in your lifetime, reaching such goals and getting what you always wanted will never give you true satisfaction. It seems ultimately shallow once you've obtained them and will never truly measure up to all your hard work to obtain such happiness.

Portgas D Ace is a bifurcated, one-piece character who combines his fun-loving nature with the extra loyalty he feels towards his brother.

He has a moral streak underlying all of these positive characteristics. However, he tends to go right into conflict when any harm seems poised to come toward Sun Wukong.

He's much more laid back than Sun when it comes to combat. Nevertheless, he would never stand idly by while his younger sibling suffered, so a hint of the cool exterior shows through.

Portgas can harness fire as one of the elements which aid him theoretically in battle while also being used to keep warm against harsh winter conditions and therefore keep him warm against both physical and other kinds of dangers.

He is the most powerful character in The Seven Deadly Sins anime series, and he happens to be one of my favorite characters. 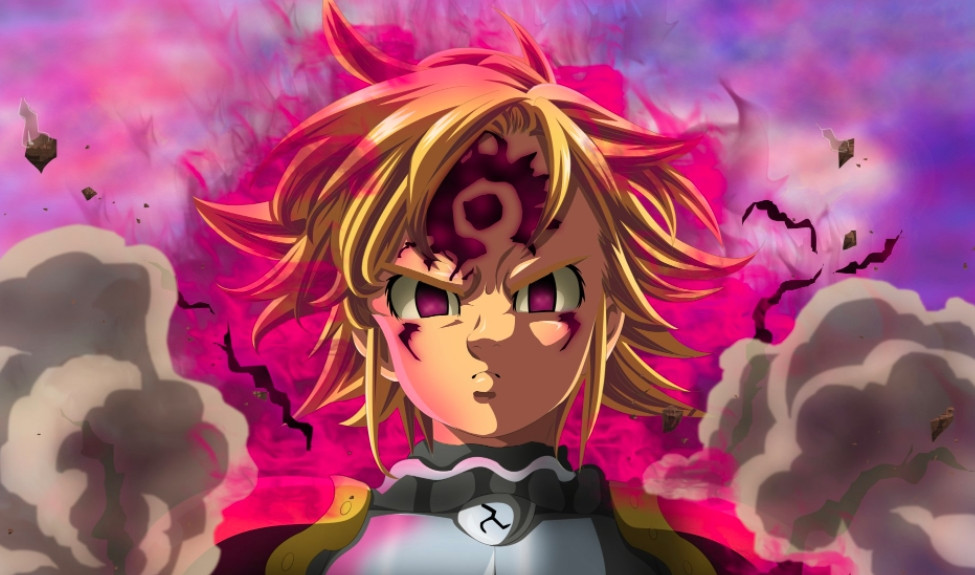 As someone who's not just strong but also handsome and adorable, it gets hard not to love this demon.

Despite his intimidating stature (which turns out to be quite cute on him), Meliodas is a softie for cute things like kittens (especially Elizabeth, as it appears).

9. Shoto Todoroki on "My Hero Academia"

Shoto Todoroki is a well-mannered young man who can seem serious at times. He happens to be very tall for his age and has a lean body and a muscular build thanks to his Quirk, which predisposes him to work out intensively. 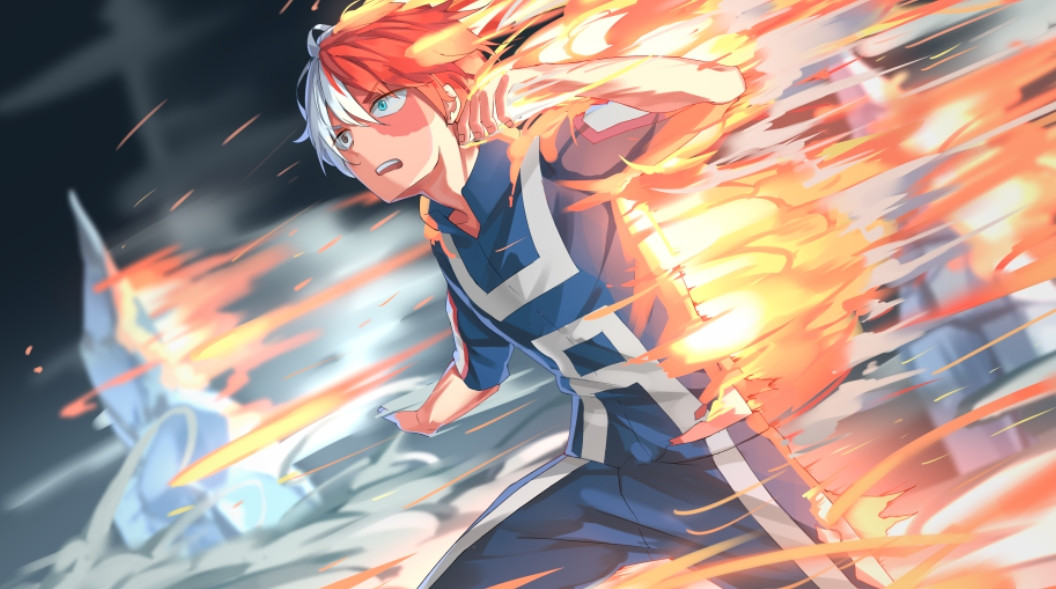 Shoto's father by blood is Endeavor (Enji Todoroki). His mother, Shirako Todoroki, is the ice Hero formerly known as Cool Crush, who raised him together with her ex-husband.

Shoto is half cold and half hot because of the combination of his parent's Quirks. Endeavour raised Shoto only to make him stronger than All Might and pass on the title of Number One Hero.

One of Hunter x Hunter's main characters, Killua Zoldyck, is a well-liked character who has garnered much popularity over the years.

Killua was born into the infamous Zoldyck family of assassins and is recognized as an individual with limitless potential due to his excellent use of his Nen powers at such a young age. He has exceeded beyond anyone's wildest imagination throughout his journey with Gon and Leorio. 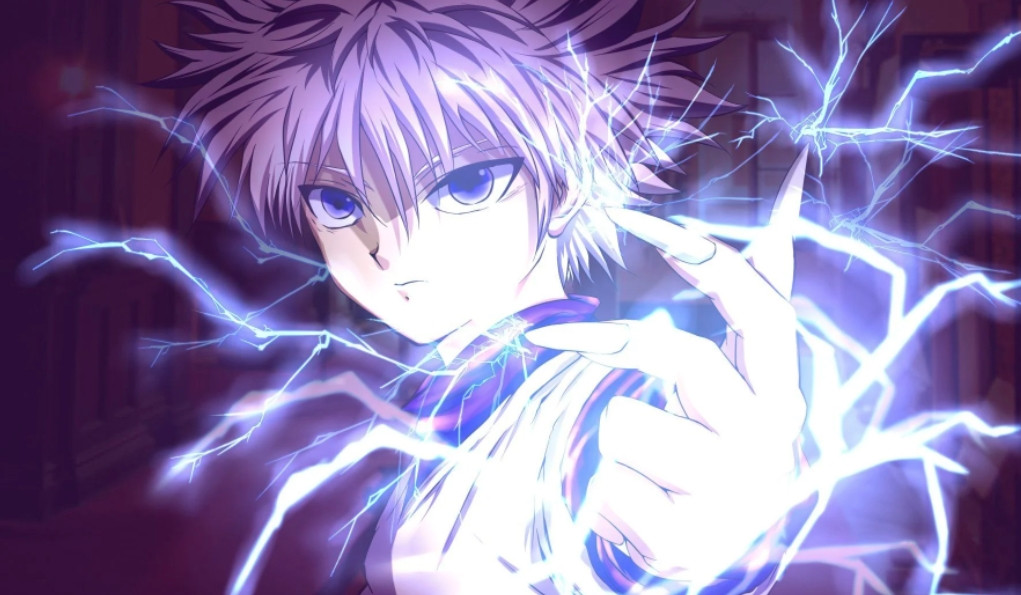 Killua is a hunter and has been since he was young. He bests opponents with ease by using "Assassination," which means going for the kill as soon as possible when it comes down to close combat.

Many of Killua's victories come from simple ways that may look unorthodox but make all the difference in the heat of battle.

It may be difficult to decide which character is the coolest anime characters, but the list above is surely popular with many anime lovers.

If you are looking for items of your favorite characters, don't hesitate to access the GearOtaku website as soon as possible. There are many beautiful options for you!

PreviousTop 10 Scariest Anime You Don't Want To Watch Alone!
NextUnderrated Anime That You Should Watch